3 Burundi schoolgirls face up to 5 years in prison for defacing picture of president - MyJoyOnline.com 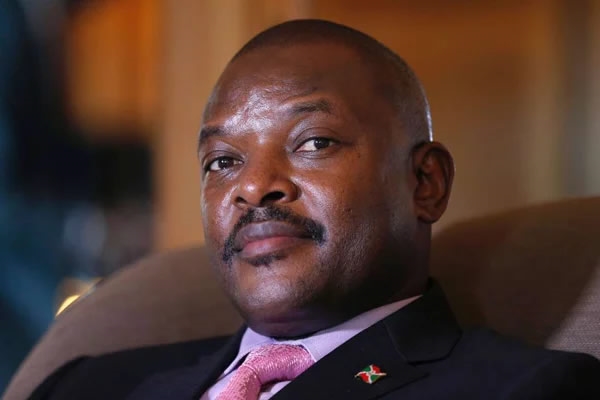 Three teenage schoolgirls from the Kirundo province in Burundi have been detained for defacing a picture of President Pierre Nkurunziza in their textbooks.

The girls, who are all under the age of 18, were arrested on March 12 together with four other students including 3 girls and a 13-year-old boy who were later released without any charges filed against them, according to The Independent.

The three teenagers were officially charged on Monday with insulting President Nkurunziza.

A spokeswoman for the Supreme Court of Burundi, Agnès Bangiricenge also confirmed the charges on Thursday, Reuters reports.

The accused teenage girls, who could face prison sentences of up to five years, are currently remanded in a prison in Kirundo after the court decided to go ahead with the trial on Wednesday.

“It is true that scribbling (on the president’s picture) is a punishable offence under the Burundian law but since it was committed by teenagers, I believe this is a mitigating circumstance,” David Ninganza, a children’s rights defender told Reuters.

“Those school children are not engaged in any political fights and need no political posts. That’s why judges have to consider all those issues in their investigations.”

This is not the first time Burundian authorities have punished school children for defacing pictures of the president on their textbooks.

In 2016, 11 school children were arrested for allegedly insulting President Nkurunziza.

The students, aged between 14 and 19, were arrested and charged with scribbling Nkurunziza’s face, which was in a textbook photo that was shared among three schools in Muramvya.

Over 300 students were also expelled for defacing Nkurunziza’s picture in their textbooks that same year in a separate incident.