35-year-old man found dead in his room at Akatsi 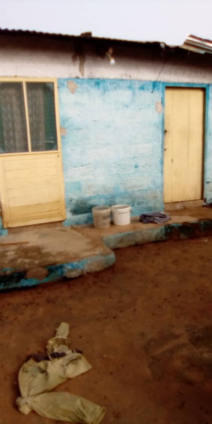 A 35-year-old carpenter, Philip Abayateye was found dead in his rented room at Tatorme, a suburb of Akatsi in the Akatsi South Municipality of the Volta Region.

‘Ada Mantse’ as he was popularly, called was found lifeless in his room on Sunday evening without any sign of torture.

The deceased, who hails from Ada, but residing in Akatsi for over two years according to sources was last seen by some neighbours the same day prior to the unfortunate incident, which occurred around 1900 hours.

Madam Aku Adiaba, owner of the house but a resident at Avukorpe, also a suburb of Akatsi, said the deceased was occupying the house alone for some time now, but details regarding his family and place of origin were not known to her.

The Akatsi South Municipal Police Commander, Chief Superintendent Joseph Atsu Dzineku said the Police received calls from the community about the deceased situation and quickly ordered his men to rush to the scene to assess the situation.

Mr Dzineku said the Police upon arrival at the scene, saw the deceased lying in a prone position naked without any material covering the body.

“The police did not see any sign of alleged murder or suicide because nothing on him testifies to that.”

However, Mr Dzineku said the Police would conduct more investigations into the matter to determine the cause of death.

The Assembly member of the area, Edward Doe Adade has appealed to property owners, especially landlords, to be cautious of people they engaged in their apartments.

The body of the deceased, according to Police sources, had since been deposited at the St. Paul’s Hospital morgue pending further action.