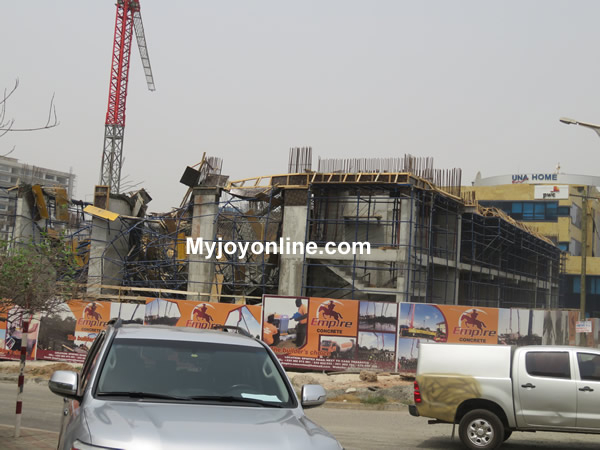 Some four people have been injured after an uncompleted building around Airport collapsed, Saturday.

The injured were working on the building when it collapsed Joy News' Joseph Opoku Gakpo reported.

They however sustained minor injuries and were rushed to the hospital.

The collapsed building is located between Holiday Inn and Marina Mall around Airport in Accra. It is one of the imposing structures around the area.

The cause of the collapse is yet to be ascertained but officials of the National Disaster Management Organisation have ordered  that work on the building be stopped pending an investigation into the collapse.

The building belongs to Empire Concrete but the contractors are Ferreira Building Power.

Director of Relief and Reconstruction at NADMO, Mr. Gavivina Tamakloe said NADMO will do an integrity assessment of the building after which a decision will be made.