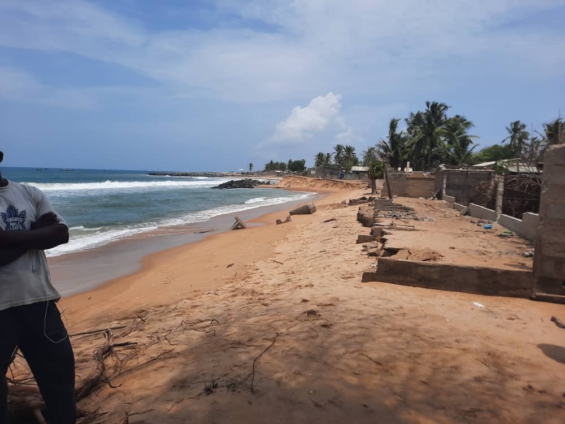 News of the sea’s destruction of some coastal communities in Ghana is not new.

Over the past few weeks, however, there have been fears the absence of a defence wall may lead to three communities in the Ketu South Municipality of the Volta region being totally consumed by the sea.

Residents of these communities, Agavedzi, Amutsinu and Salakope, have sent distress calls to government to alleviate their plight.

They want government to find a lasting solution to the problem.

The solution is a replication of the Keta Sea Defence wall, which would prevent chronic and periodic coastal erosion and flooding, reclaiming land along the entire coastline of the communities.

The cries from residents of the affected communities attracted a working visit by Works and Housing Minister, Francis Asenso-Boakye.

After assessing the extent of damage, he disclosed the situation needs immediate intervention and said he was hopeful funding will soon be secured for work to begin.

Government has often depended on donor agencies to fund sea defence projects, but the Minister disclosed the pending project will be wholly funded by the government of Ghana.