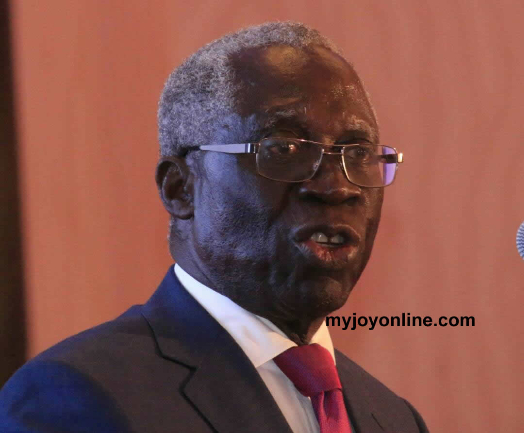 Musician and political activist, Kwame Asare Obeng popularly known as Kwame A Plus, has sued the Attorney-General as well as Kroll & Associates over a single-source procurement process superintended by the Senior Minister, Yaw Osafo-Maafo.

This comes on the back of a move by the Senior Minister to challenge a $1million surcharge against him by the Auditor-General.

The Auditor-General, Daniel Yao Domelevo among others, said the evidence available to him shows no work done by Kroll & Associates.

Mr. Osafo-Maafo had supervised the payment of the said amount to the UK-based company for some consultancy services.

By September 2018, $1 million, the equivalent to Gh¢4.86 million was made to the company as full payment for its services, an arrangement which has been challenged by the Auditor-General.

He explained that by Ghana’s 1992 Constitution, the contract required Parliamentary approval because it involved a foreign company.

But in a writ filed by ‘A-Plus’ at the Supreme Court, the citizen is seeking a declaration that the contract between government and Kroll & Associates is an international business or economic transaction under Article 181(5) of the 1992 constitution that could only have become operative and binding on the Government of Ghana after being laid before and approved by Parliament.

Secondly, he is seeking a declaration that the conduct of “government in paying sums of money amounting to GH¢4,869,421.87 million to Kroll & Associates arising out of the said contract, is consistent with and in contravention of the letter and spirit of the 1992 Constitution, particularly 181(5) thereof and is accordingly null, void and without effect whatsoever.”

The plaintiff also wants an order directed at Kroll & Associates to refund monies paid to it by government as a result of the unconstitutional conduct of the defendants which violated Article 181(5).

Another relief sought by the citizen is for Kroll & Associates to be directed to pay interest on the total amount paid to it by government at the prevailing Bank of Ghana interest rate.