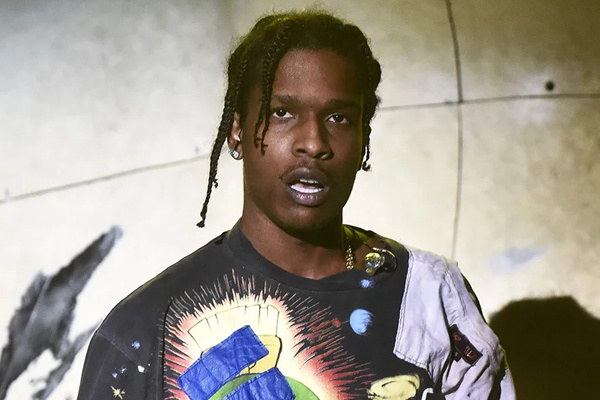 A fan of A$AP Rocky was arrested Tuesday after she allegedly threatened to blow up the Swedish Embassy in Washington, D.C.

According to an affadavit, the suspect, who has since been identified as Rebecca Kanter, placed a bag down near the entrance to the embassy, threw liquid from a glass Coca Cola bottle at the doorway and yelled out “I’m going to blow this motherf–er up.”

The next day, Kanter returned to the embassy where she screamed at personnel and made statements about A$AP Rocky, who is currently being held by authorities in Sweden. Soon after, she refused to leave the embassy and was taken into custody by secret service agents.

After her arrest, a police report states that Kanter was charged with destruction of property and unlawful entry.

The fan appears to be protesting the A$AP Rocky’s recent arrest by Swedish authorities who charged the rapper with assault after he took part in a confrontation in Stockholm on June 30. A$AP Rocky has been in custody in the Swedish capital since July 3.

The American rapper has profusely declared his innocence, posting video footage of the argument on his Instagram account in which he and his friends repeatedly ask two men to stop following them.

According to A$AP Rocky, one of the men then “hits security in face with headphones then follow us.”

DISCLAIMER: The Views, Comments, Opinions, Contributions and Statements made by Readers and Contributors on this platform do not necessarily represent the views or policy of Multimedia Group Limited.
Tags:
ASAP Rocky
Sweden