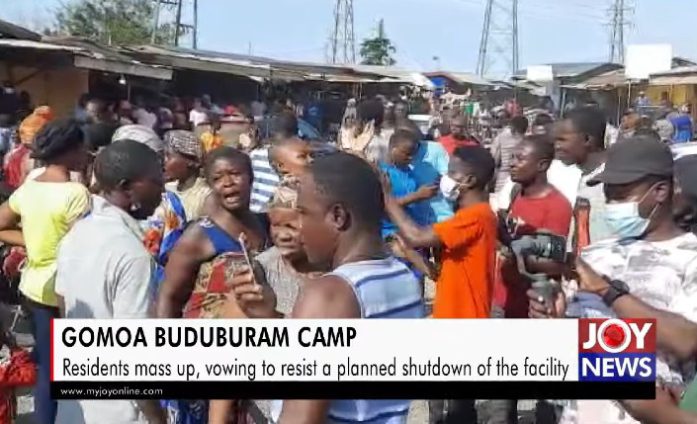 Acting Head of the Refugee Board, Tetteh Padi says his outfit is looking to relocate about 400 refugees at the Buduburam camp ahead of the demolition exercise set to take place.

According to him, these are individuals who were exempted from the Cessation clause which was implemented in 2012 after the United Nations withdrew its recognition of the area as a camp for refugees when wars ended.

Speaking on Joy FM’s Top Story Thursday, mhe said that, in 2012 after the Cessation clause was introduced, some refugees chose to go back home while others who had ties to Ghana were given a package that included a free passport and a $400 cash grant to aid them in renting a place outside the camp.

However, “there was also the opportunity for some of them who felt that they have peculiar circumstances for which reason they should remain refugees. Well over 3000 households applied for it, but about 350 households were granted exemption from the Cessation clause.”

“It is the reason why we have over 400 people who are still refugees and it is those people that we have a responsibility towards,” Mr Padi told Ernest Manu the host.

This comes after some residents of the former refugee camp at Buduburam in the Gomoa East Municipality of the Central Region massed up at the frontage, vowing to resist a planned shutdown of the facility.

Following concerns raised by chiefs and opinion leaders that the camp has become a den for criminals, the government, through the Gomoa East District Assembly gave the residents a September 30 deadline to vacate the area.

But, during a visit to the area on Thursday, JoyNews gathered that although some of the residents have left, the majority of them seem unprepared, calling on the government to as a matter of urgency, provide them with accommodation before relocating.

However, the Gomoa East DCE Solomon Darko-Quarm reacting to the resistance said that the Buduburam Refugee camp has outlived its usefulness.

Meanwhile, Mr Padi stated that his outfit with the help of the British High Commissioner, the US Embassy and some other entities renovated other refugee camps across the country in preparation for the relocation of these individuals.

Mr Padi said that the refugees left have been engaged and will be relocating soon.