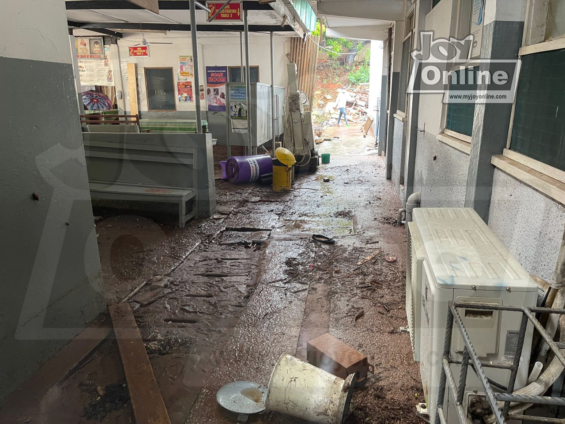 The Kaneshie Polyclinic, a health facility in the Okaikwei South Constituency, has been compelled to shut operations, following a heavy downpour, which affected some areas within the Accra metropolis on Tuesday.

The rains, which began on Monday evening lasted for several hours, amidst loud thunderstorms and boisterous winds.

This led to severe flooding in many homes and streets, leaving some residents homeless.

According to reports received by JoyNews, business activities at major trading centres in Accra began late on Tuesday morning, as traders and some owners had to clean their wet premises, which had been soaked by the rains.

The Kaneshie Polyclinic, was amongst many health facilities, which were adversely affected by the downpour on Tuesday. Here are scenes from the flooded hospital.