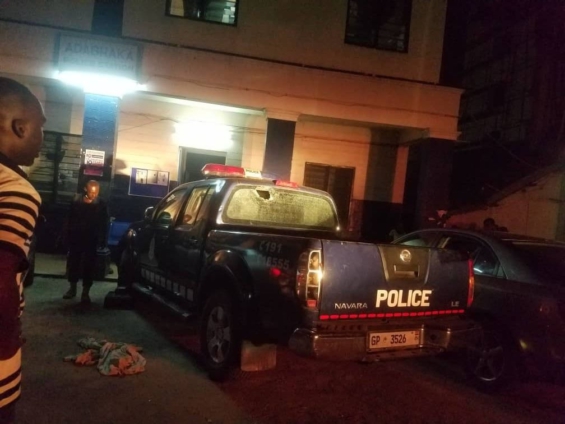 Some residents of Adabraka say but for a threat by a policeman to shoot them, they could have saved one of their colleagues who drowned in the Odaw drain Wednesday evening.

They want the hierarchy of the police to help them get justice.

According to residents, the deceased, a community football coach in his early 30s tried to escape from police arrest and jumped into the drainage system but died some minutes later as he was unable to swim.

“So we all stood there watching. After some small time, about 30 to 40 minutes, we tried to jump into the river and we saw him dead in the river,” one resident said.

Meanwhile, the Nima Divisional Police Commander, ACP Abraham Acquaye is denying the claims that there was a threat to shoot the residents.

According to the Commander, a police officer from the station had taken his vehicle to a mechanic’s shop for repairs in the area.

The area has gained notoriety for drug peddling and drug usage so because the policeman was in his uniform, the deceased who thought the officer was coming for him.

He fled and dived into the Odaw River.

“So I understand when people around there saw that the guy had died, and he was just struggling they made an attempt to save him from but in the process, the guy passed on,” he said.

The Commander said the irate residents carried the body to the police station and dumped it on the police counter.

They then assaulted the police personnel on duty at the station

“They also ended up causing damage to the police vehicles parked, we have one of our tundra vehicles, the salon vehicle and a few other vehicles, the exhibit, there were other cars belonging to some people they were in connection with cases reported at the police station,” he added.

He says investigations have commenced to unravel the circumstances leading to the death of the man.

DISCLAIMER: The Views, Comments, Opinions, Contributions and Statements made by Readers and Contributors on this platform do not necessarily represent the views or policy of Multimedia Group Limited.
Tags:
Adabraka
drown
Police