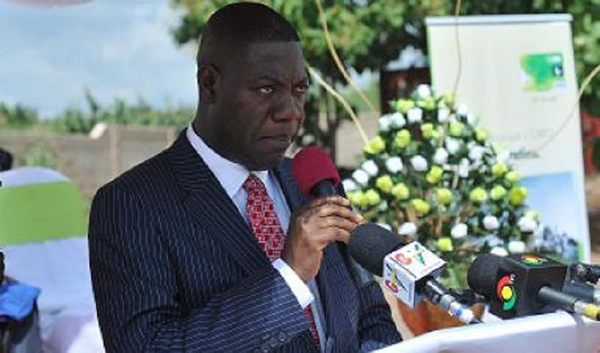 Agricultural Development Bank is set to resume the sale of its shares to the public after its workers withdrew a court case against the sale.

The sale of more than 74,000,000 existing ordinary shares and an offer for subscription of 75,000,000 new ordinary shares could start before the week ends, Joy Business gathers.

The Initial Public Offer (IPO) issued on July 3, 2015 was rocked by confusion after workers agitated against the sale of the shares.

The Union of Industry of Commerce and Finance Workers (UNICOF ) has tried to block the sale of shares twice.

The workers secured a 10-day interim injunction from an Accra High Court against the Agricultural Development Bank’s IPO.

But on August 6, the case was dismissed. The workers followed up with an application at the Supreme Court where they argued the state-owned bank had not secured parliamentary approval before going ahead with the sale.

The workers are also pushing for greater involvement in negotiating the quantum of shares up for sale and the allocation of shares to the workers.

But the Supreme Court on Tuesday gave permission to adb to proceed after UNICOF withdrew its suit.

Lawyer for UNICOF, Charles Bawaduah, told JOY BUSINESS Wednesday, they decided to withdraw the case because it was in the best interest of the Union.

The Supreme Court also awarded cost of GHâ‚µ10,000 against UNICOF.

The workers will have to pay â‚µ5,000 to ADB and GHâ‚µ5,000 to the Attorney General’s Department also cited in the suit as defendants.