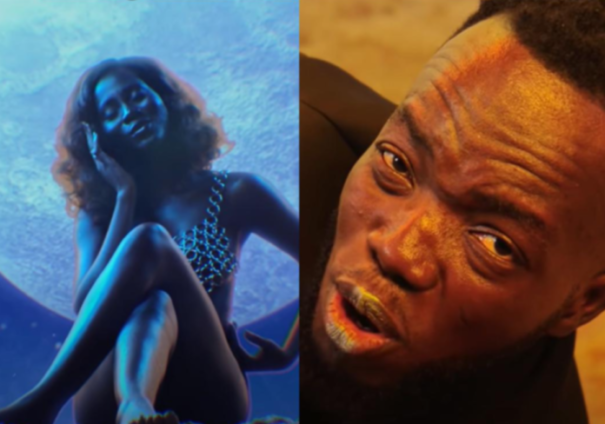 Singer Akwaboah Jnr has topped the charts for the third time in the second week of the month of love, February.

It’s obvious his ‘Obiaa’ song was one of the many that got hooked to music fans and lovers especially those that celebrated Valentine on February 14.

Akwaboah has been doing the magic with the tune that features Singer Cina Soul and the from Week 3 to Week 6, the soothing singer has scored a hattrick on the chart list.

Akwaboah is followed by Camidoh, who is equally poised to take over the number one spot with his Sugarcane song. The buzz surrounding the song has put Camidoh in the highlights of many streaming platforms.

KiDi will hardly be ignored when it comes to the chart list. His Mon Bebe song was number 3 after it clocked number 2 last week.

Darkovibes, however, dropped to number 4 this week with his Je M’appelle song featuring Nigeria’s Davido.

S3k3 by Mr Drew and Medikal climbed up to number 5 this week.

Gospel musician Obaapa Christy maintained the number 6 position this week with her The Glory song.

Tema-based rapper Kwesi Arthur comes through to number 7 with his Celebrate song featuring Teni in Nigeria. Since December 2021, the song has been garnering numbers on many streaming platforms.

Champion vocalist Adina has moved up to number 9 with her Amapiano song dubbed Shoulder that features Jazziq.

Music duo R2Bees has moved from number 4 last week to number 10 in week 6. “Eboso” has been on the lip of many music lovers since the yuletide last year. Those who visited various joints across the capital and beyond noticed the natural hype the song had.

Sarkodie comes through to number 11 with Nigeria’s Oxlade with his Non Living Thing song off his “No Pressure” album.

The latest sensation Black Sherif keeps on recording huge numbers with his few songs churned out since his inception into the music space. His Second Sermon remix was stationed at number 12 this week.

Singer Fameye fell on number 13 this week with his Praise song.

Budding musician Samsney is also fighting for a spot since his Gold Digger featuring Black Sherif hit the internet. The song was at number 14 on the Adom Chart this week.

After admitting she spent $40,000 dollars on the visuals of the song, Empress Gifty’s Eye Woa clocked number 15 this week.

King Promise comes through at number 16 with Chop Life which features Patoranking.

At number 18 was Amerado song ‘Abotre’ that features Black Sherif.

Sista Afia stays in the top 20 with his Asuoden hitting number 19. The song is steadily garnering numbers as it lingers on.

DISCLAIMER: The Views, Comments, Opinions, Contributions and Statements made by Readers and Contributors on this platform do not necessarily represent the views or policy of Multimedia Group Limited.
Tags:
Adom Chart Show
Akwaboah
Black Sherif
Darkovibes
KiDi