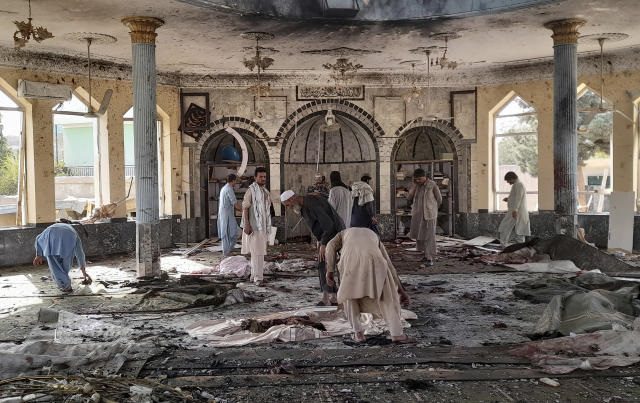 A blast has tore through a mosque in Afghanistan’s northeastern city of Kunduz during Friday prayers, causing multiple deaths, according to the Taliban.

“This afternoon, an explosion took place in a mosque of our Shia compatriots … as a result of which a number of our compatriots were martyred and wounded,” Taliban spokesman Zabihullah Mujahid said on Twitter, adding that a special unit was arriving at the scene to investigate.

“We have received more than 90 wounded patients and over 15 dead bodies, but the number will change. We are still receiving more people,” said a Doctors Without Borders (MSF) hospital worker, who did not want to be named.

Meanwhile, a Taliban official, speaking on condition of anonymity, told Reuters news agency that at least 28 people had been killed in the explosion and dozens more wounded.

Residents in Kunduz, the capital of a province of the same name, told AFP news agency the blast hit the mosque during Friday prayers.

Graphic images shared on social media, which could not immediately be verified, showed several bloodied bodies lying on the floor. Another video showed men shepherding people, including women and children, away from the scene.

No group claimed responsibility for the attack.

There have been several attacks, including one at a mosque in Kabul, in recent weeks, some of which have been claimed by an armed group affiliated to ISIL (ISIS).