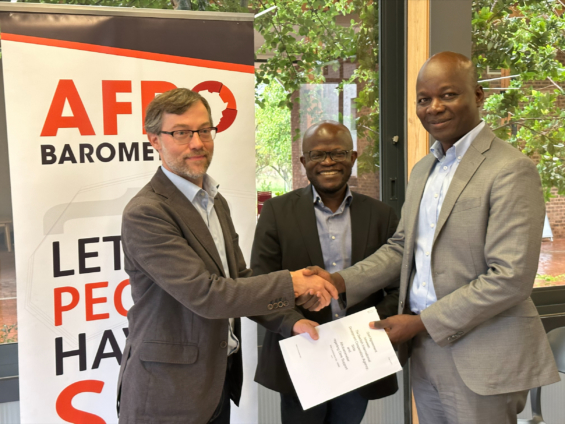 The grant is Sweden’s largest to Afrobarometer since the survey research network was launched in 1999.

SIDA analyst and Deputy Head of Section, Niklas Wu-Hansson announced the grant on the sidelines of Afrobarometer’s 2022 summer school co-organised with the University of Pretoria in South Africa.

“SIDA has been a long-standing partner to Afrobarometer since the very beginning. We look forward to the expansion of Afrobarometer’s regional coverage, allowing it to continue to amplify the voice of ordinary Africans,” Wu-Hansson said.

The grant will enable Afrobarometer to cover more African countries and pursue its mission to “make citizen voice a key pillar of Africa policy and decision-making.”

Over the past two decades, the pan-African research network has redesigned Africa’s data landscape by collecting, analysing, and disseminating African citizens’ aspirations and experiences on governance, democracy, gender, the environment, and other issues.

Afrobarometer and its national partners are currently rolling out Round 9 surveys in 39 African countries.

In welcoming the grant agreement, Afrobarometer CEO Joseph Asunka said, “This partnership strengthens Afrobarometer’s resolve to extend its presence and intellectual leadership on the continent.

“We’re truly grateful to SIDA for the continued support and confidence in the work we do. We remain committed to delivering on the mission of Afrobarometer and this partnership will allow us to do so and demonstrate the relevance and contribution of our work to Africa’s advancement.”

DISCLAIMER: The Views, Comments, Opinions, Contributions and Statements made by Readers and Contributors on this platform do not necessarily represent the views or policy of Multimedia Group Limited.
Tags:
Afrobarometer
Swedish International Development Cooperation Agency (SIDA)