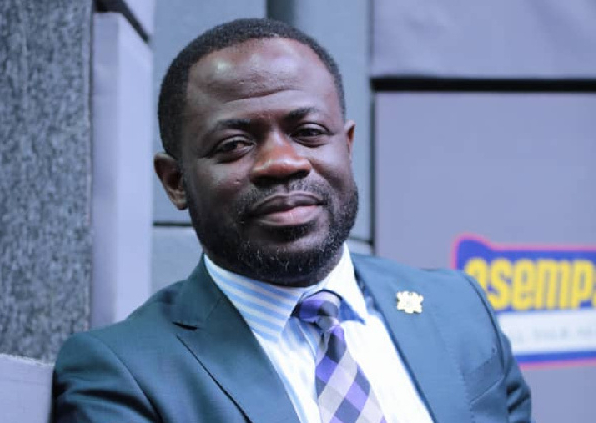 He said the opposition party in its quest to win power is always scheming for the Akufo-Addo government to fail.

The NPP Chairman’s comment follows concerns raised by the NDC about government’s intent to build 111 hospitals across the country.

This comes after Felix Ofosu Kwakye, a former Mahama appointee claimed that the $100 million secured so far for the project is about 60 per cent of the money needed to complete the project.

He said per their calculations, the Akufo-Addo government needs $1.6 billion for the 111 hospitals – an amount, he stated, will be difficult to raise given the current economic situation.

The only way the NDC will believe in government’s vision is to show the source of funding for the project.

In a response, Chairman Agyemang on Asempa FM’s Ekosii Sen programme Wednesday said the conduct of the NDC is borne out of “witchcraft”.

According to him, NDC is notorious for opposing anything of national interest but the evil spirit will be exorcised by the completion of Agenda 111.

He cited how the opposition party opposed among others the Free Senior High School policy by President Nana Akufo-Addo to buttress his point.

The NPP Chairman said they will do everything possible to complete the 111 hospitals in the interest of the state.

“We remain focused and not bothered by the NDC witchcraft. They never want anything good for Ghana,” Mr Agyemang stressed.

He is convinced the decision to cut sod for the project is to divert attention from the Sputnik V vaccine probe which has generated bad press for government.

“Agenda 111 is a fluke, it is a PR gimmick to shift attention from the Sputnik V vaccine probe. We can read through some of these gimmicks,” the former Member of Parliament for Adentan said.