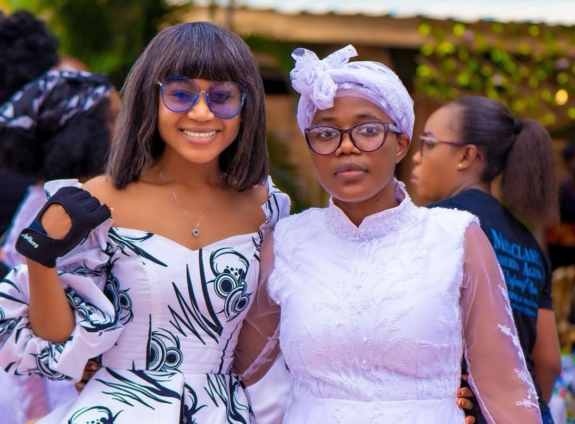 On Saturday, March 5, Mzbel and her family held a prayer event to mark the passing of her late father.

Present at the event was actress Akuapem Poloo. The actress in her quest to entertain patrons and support Mzbel, took centre stage to perform.

She was seen singing to Mzbel’s break out hit ’16 years’ and dancing with two other ladies at the event.

Her performance attracted the audience to the floor who showered her with money.

Some celebrities on Saturday also showed Mzbel their support at the final prayer event organised in honour of her late father.

Mzbel’s father passed away on Thursday, January 27. He was 75.

The radio show host was informed of her father’s passing while hosting her show on Thursday, January 27.

The musician could not hold back her tears when she heard the news of her father’s passing. She wept as she announced the sad news to listeners of her show on Onua FM.