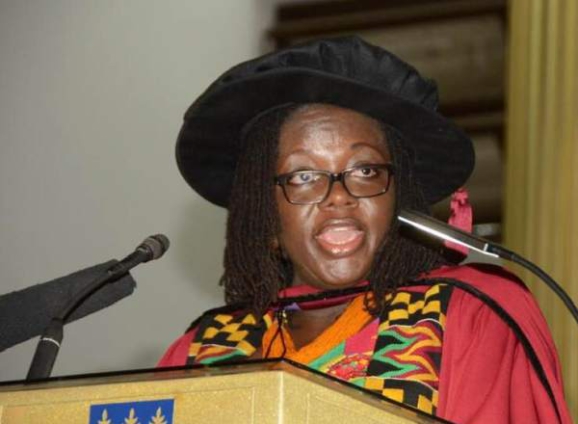 President Akufo-Addo has assured the first female vice-chancellor of the University of Ghana, Professor Nana Aba Appiah Amfo of his full support to help her succeed in office.

Speaking at the induction ceremony of Prof Amfo on Tuesday on the Legon campus, the President said the reforming process of the country’s educational system requires government to provide support to leaders of educational institutions.

“It is as well that it should be so. We need to mobilise all the talents and resources of the entire population without discrimination or reserve to make the decisive push for the social and economic transformation which we all seek for our beloved nation of Ghana,” Akufo-Addo said.

President Akufo-Addo expressed his confidence in the newly appointed Vice-Chancellor to execute a formidable task.

“Those who have the privilege of leadership in our educational structure have unprecedented challenges before them. I am confident that the premier university, the status that would be attached to Legon forever, has in our new vice-chancellor, chosen a person who would be adequate for this formidable task.”

“You will definitely have my support and I will be hopefully, your successful advocate with the minister for finance,” Akufo-Addo noted.

President Akufo-Addo congratulated the university council under the leadership of the former Chief Justice Sophia Akuffo for their decision  to appoint Professor Nana Aba Appiah Amfo as the vice-chancellor of the University of Ghana.

“With the female Chancellor in the person of Mary Chiney-Hesse, males in the academic hierarchy of Legon may well begin to feel a threatened species. I believe they have no cause to worry. It just happens to be the time of the women. It is ok, they have waited long enough,” the President said.

In 1991 to 1996, she proceeded to the University of Ghana for a Bachelor’s degree in French and Linguistics. She obtained her MPhil (2001) and PhD (2007) degrees in Linguistics from the Norwegian University of Science and Technology in Trondheim, Norway, where she studied with sponsorship from the Norwegian government under the then Quota Programme.

Her career in academia started in 2001 as a Lecturer in the Department of Linguistics after her Master’s degree. After obtaining her PhD degree in 2007, she was promoted to a position as a Senior Lecturer.

Four years later on, she became an Associate Professor in 2011 and subsequently as a Professor in 2017. Professor Amfo’s research interests are in the linguistic sub-discipline of Pragmatics, which allows her to explore the role that context plays in our conversational interactions and how that influences communication in different domains.