Akufo-Addo has lost the fight against corruption – Edudzi Tamakloe 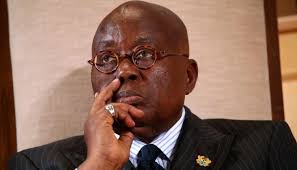 A member of the opposition National Democratic Congress (NDC) legal team says the country’s fight against corruption is a lost battle.

Edudzi Tamakloe explained that this is because the Akufo-Addo-led government has failed to ensure that the canker is uprooted from the system.

“We have basically lost the fight because the current leadership appears to be a corruption enabler,” he said.

Speaking on Joy FM’s Super Morning Show Wednesday, he noted that, winning the battle against corruption is mainly dependent on leadership that is committed to the fight.

He said no progress will be made since government has failed to show any zeal towards the fight.

“What is key in this conversation is a certain response from political leadership in this country. In opposition, listening to President Akufo-Addo, you will believe that the public purse will be so protected under his leadership.

“But if you put all these together and compare with what is happening today, the conclusion that you draw is that Akufo-Addo has completely lost the fight against corruption,” he said.

He added that, relative to data from Transparency International, the worst corruption score against President Mahama is still better than the overall score obtained by President Akufo-Addo.

DISCLAIMER: The Views, Comments, Opinions, Contributions and Statements made by Readers and Contributors on this platform do not necessarily represent the views or policy of Multimedia Group Limited.
Tags:
Akufo-Addo
Corruption
Edudzi Tamakloe