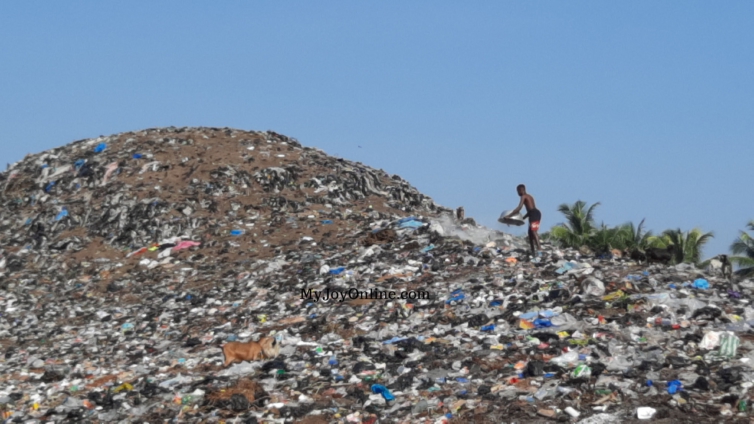 Health officials at the Accra Metropolitan Assembly (AMA) say legal action will be taken against anyone caught dumping waste indiscriminately in the coming days.

The statement was made during the Assembly’s cleaning inspection at Chorkor on Wednesday, February 16.

The inspection is part of JoyNews’ Clean Ghana Campaign and the government’s Operation Clean Your Frontage initiative.

According to the AMA officials, all required measures to raise public awareness have been made. In view of this, the exercise has now progressed to the enforcement stage since most people continue to disobey some directives.

Head of the Public Health Department at AMA, Florence Kuuyi said the Assembly would ensure that persons who are found culpable are sent to court.

“When you see an environmental health officer taking someone to court, it means the officer has done all that he or she could but the person is not heeding. That has led him to take the person to court. So now we are on the fourth ladder and that’s what we are doing. I’ll just tell you that from next week going you shouldn’t be surprised if we tell you we are taking more people to court.”

A sales girl was ordered to distil a blocked gutter in front of her pharmacy after it was locked. Regardless of the fact that her efforts to keep the gutter clean have been futile, she believes the incident is vital to prevent such occurrences in the future.

“I am angry. But it will also make me or whoever is handling the shop give much attention to the gutter issue. And that will make us put in some safety measures like getting some woods to cover the gutter to avoid such incident from repeating itself.”

Theophilus Pappoe, a community member who is well-known for his regular involvement in gutter distillation promised to be a watchdog and pleaded with the AMA to collect garbage removed whenever the gutters are distilled.

“I choose to always clear the rubbish in the drains because I know the negative effects on our health. Henceforth, anyone caught dumping refuse in the gutters will be reported to the authorities. What we request from the AMA is that they recruit officials who will monitor the area so they can catch perpetrators. Last week, we distilled the gutters but just this week, they are chocked again. The AMA didn’t collect the rubbish. So I request they come around and collect the waste whenever the gutters get cleaned.”

Also, Lartelei Otto, a resident said “Before, we would leave the trash for the waste management officials to pick up and when they don’t come on time, they pile up and fall back into the gutter.”

However, the head of the Public Health Department justified the Assembly’s actions.

He argued that the Assembly should be informed before any distillation takes place so that preparations can be taken ahead of time.

“If you want to distil a drain, it’s a major work you are going to do. You need to involve the AMA. You tell the AMA that on Saturday we are going to distil drains so we can prepare for that. But if you do not inform the AMA and you distil the drain, we are not aware that you have distilled drain so there is no way AMA will come here to collect waste. But if you involve us in the work from the onset, AMA will be there as soon as you are done desilting.”

The Greater Accra Regional Coordinating Council, under the auspices of Regional Minister Henry Quartey, launched Operation Clean Your Frontage on Tuesday, February 1, 2022 as part of the government’s effort to make Accra a clean city.