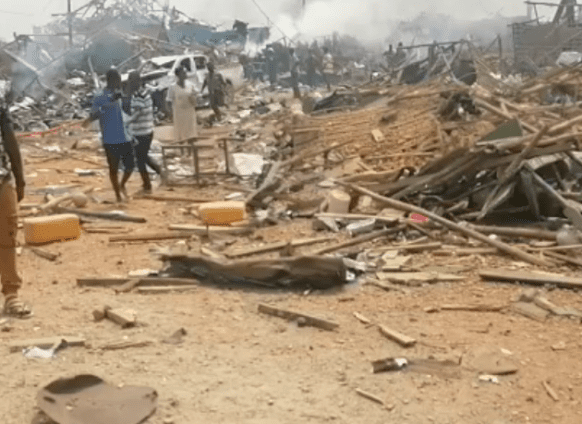 The Ghana National Association of Teachers (GNAT), has commiserated with victims of the explosion, which occurred at Apeatse in the Western Region on Thursday.

In a statement issued by the Association on Friday, GNAT said it has received ”reports from members about how the incident has affected the entire Apeatse community, including school operations”. According to GNAT, the explosion has also ”triggered psychological effects on teachers and students in the area”.

Based on its assessment of the explosion, GNAT is calling for the ‘provision of psychological healthcare support to survivors, other workers like teachers, parents, students and notable residents in communities in and around the disaster zone”. GNAT is also pleading with the Ghana Education Service to identify schools in the affected enclaves, and offer them the relevant psychological assistance.

According to the statement signed by the General Secretary of the Association, Thomas T. Musah, GNAT also wants a full scale investigation to be conducted by the relevant authorities to ascertain the cause of the disaster and to establish “whether recommended safety measures were adhered to in the transportation of the hazardous materials that caused the explosion.”

GNAT also called on Ghanaians to intercede for the community, while thanking the Ghana Police Service, the National Disaster Management Organisation (NADMO), the National Fire Service and other relevant collaborators for their efforts in containing the situation so far.

Meanwhile, Vice President, Dr Mahamudu Bawumia, has assured that measures are being put in place to construct temporary housing facilities for all displaced residents of Bogoso-Apeatse. He said the government has engaged the State Housing Corporation and mining companies in the area to provide an instant haven for the stranded community members in the coming days.

Dr. Bawumia said this when he led a government delegation to ascertain the state of affairs in the community after a vehicle carrying mining explosives exploded and reduced the whole settlement to ground zero.

“Government, on its part, is going to do everything to support the families and those who have been injured. We are also looking into how to make sure that all those who are injured are taken care of. For the houses that have been destroyed, we are already beginning to think about how to rehabilitate and rebuild for the community. I have already discussed with the State Housing Corporation and in consultation with the mining companies here, we will quickly try to put in place facilities that will help those who have been displaced”, he assured.

A preliminary investigation by the Police has revealed that “a mining explosive vehicle moving from Tarkwa to Chirano mines collided with a motorcycle resulting in the explosion”. The blast, which was accompanied by a plume of smoke, spread from the place of impact and razed residential and commercial structures to the ground. So far, about 13 persons have been confirmed dead, with 59 injuries, and many others displaced from their homes.