Arise Ghana protest: 29 demonstrators arrested, organisers to be picked up 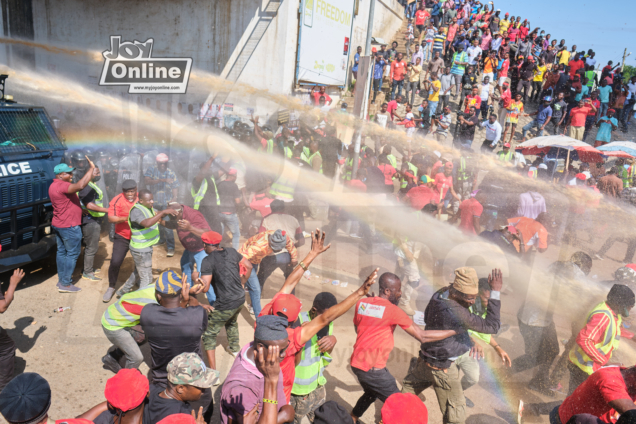 The Ghana Police Service have arrested some 29 persons in connection with Tuesday’s demonstration by Arise Ghana.

The protest which turned chaotic saw police and protestors exchanging stones and teargas during a standoff in the afternoon.

The protestors who were demonstrating against the worsening economic hardship in the country were accused by the police of trying to used unapproved routes.

The police were also seen arresting people while the unrest ensued.

In a subsequent statement confirming the arrests, the Service explained that the 29 people who are currently in custody were involved in orchestrating attacks against officers and some school children.

Meanwhile, Deputy Minister for Information, Fatimatu Abubakr, says it appears the conveners of the Arise Ghana demonstration are shirking their responsibilities when it comes to the role they played in the violence.