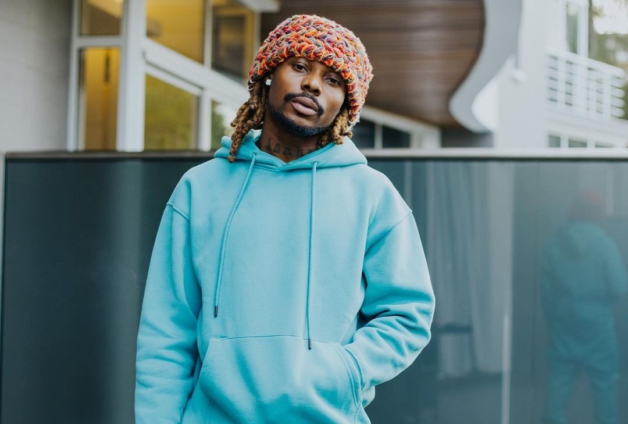 Days after the stampede that brought an abrupt end to Asake’s concert claimed its first victim, another woman has died.

The deceased, 23-year-old Gabrielle Hutchinson, was on the security team for the event as a contractor.

She died in the early hours of Monday.

A SkyNews report says a third woman aged 21 remains in the hospital fighting for her life.

The news outlet quotes the Metropolitan Police as having said that all three women were in the foyer of the building in south London when they were critically injured in the crash.

O2 Academy Brixton tweeted its condolences, saying it is devastated by the tragic situation.

“Our heartfelt condolences are with Gabrielle Hutchinson’s family and friends. We continue to be devastated by this tragic situation and fully support the ongoing investigation,” it wrote on its official Twitter handle.

Asake, who expressed sadness over the death of Ms Rebecca, is yet to speak on the latest development.

Last Saturday, a Nigerian woman, Rebecca Ikumelo, 33, who had been in critical condition, died from injuries sustained during the stampede.

Mid-way through Asake’s performance at the O2 Academy arena, Brixton, Thursday night, organisers announced that they had to stop the show as the doors had been breached, creating pandemonium.

According to reports, eight people were injured, four of whom were in critical condition and were being treated in a hospital.

Hours later, Asake, also known as Mr Money, apologised, saying his heart was with those injured and caused any discomfort Thursday night.

“I am devastated by the news that Rebecca Ikumelo, who was in a critical condition since Thursday, has sadly passed away. My sincerest condolences to her loved ones at this time. Let us, please, keep her family in our prayers. I have spoken to them and will continue to do so,” the singer wrote on Twitter.

He further noted that he is overwhelmed with grief and could never have imagined anything like this happening.

“My team and I are still awaiting the full debrief back from the Venue management and the Police to determine what exactly led to all the disruption caused and ultimately to Rebecca’s passing. If you have any relevant information relating to this, please do reach out to the Metropolitan Police,” he added.

Meanwhile, the Mayor of London, Sadiq Khan, said that the city has stepped up investigations to unravel the cause of the chaos.

In a series of tweets, Mayor Khan, who expressed sadness at both deaths, said the police have set up a portal where individuals can send in footage anonymously to help the investigation.

“I am devastated by the death of Gabrielle Hutchinson, the second life to be lost following the appalling events on Thursday night in Brixton. On behalf of all Londoners, I extend my heartfelt condolences to her family and loved ones at this tough time,” he wrote.

He also said that Gabrielle, like Rebecca Ikumelo, had her whole life ahead of her and had every right to come home safe and well after her shift at Brixton Academy.

“My thoughts remain with everyone affected by this dreadful incident. The urgent investigation into what happened continues.”

He said City Hall is in close contact with the venue and authorities across London about working to ensure nothing like this happens again.

“I won’t rest until we have the answers all those impacted by the tragic Brixton incident need and deserve,” he said.

Gaby, like Rebecca Ikumelo, had his whole life ahead of him and had every right to come home safe and well after his shift at Brixton Academy. My thoughts remain with everyone affected by this dreadful incident. The urgent investigation into what happened continues.

City Hall is in close contact with the venue and authorities across London about working to ensure nothing like this happens again. I won’t rest until we have the answers all those impacted by the tragic Brixton incident need and deserve.

Meanwhile, the family of the late Ms Rebecca, the first victim, have distanced themselves from a Go Fund Me fundraising organised by the public.

In a tweet, a relative of the deceased, Gbemisola Ikumelo, expressed gratitude for the outpouring of love from the public but cautioned against spreading falsehood.

She wrote, “My family and I are grateful for the outpouring of love concerning the tragic death of our beautiful Rebecca Ikumelo. However, speculation can often overpower the fact that a family has lost a human being they love, so please consider how you engage online.”

1) We have NOT set up a gofund me page nor do we know the person who did this in our name. We’re working to get this removed.
2)This is an ongoing investigation and misinformation spread is damaging. Please be kind and respectful of our privacy at this time. Thank you (2/2)

Reports say that 2,000 people were already inside, enjoying the show, while another 2,000 people outside in freezing conditions forcefully tried to gain entrance.

This caused stampede leading to injuries, with some in critical condition.

Organisers of the show reportedly announced, “The reason we have to stop the show is that they have breached the doors.

“You’ve got 3,000 people who have broken the doors outside, and because of security, the police have asked us to close the show.”

It is uncertain if those said to have breached the doors had tickets for the event.

DISCLAIMER: The Views, Comments, Opinions, Contributions and Statements made by Readers and Contributors on this platform do not necessarily represent the views or policy of Multimedia Group Limited.
Tags:
Asake
Brixton
O2 London