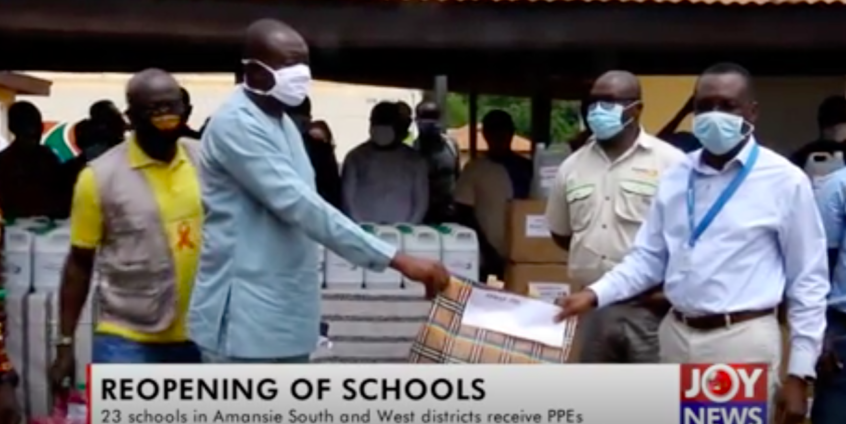 The products which were donated by mining giant, Asanko Gold follows the reopening of basic, secondary, and tertiary institution for all final year students to prepare and write their exit exams.

The PPEs were given to all schools in the Amansie enclave.

Director of Education in Amansie West, Kwabena Owusu who spoke to JoyNews explained that since the government’s supply of PPEs are yet to arrive in the districts, the donation by Asanko Gold is timely and would help keep staff and students safe.

“It is going to help us a lot. For example, the hand sanitisers and the liquid soaps are consumables which means you constantly need them. So as and when it gets finished in the school, we are going to provide them with that to maintain the logistics [operation] in the school,” he said.

Prior to the President’s announcement, schools had been shut down since March, 2020.