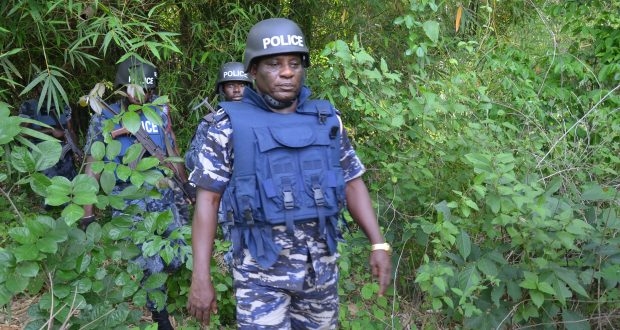 Police in the Ashanti Region say they will intensify the campaign to flush out nomadic herdsmen in the region despite Monday’s attack on a joint police-military team at Serebuoso near Agogo.

Three military officers and a policeman are receiving treatment at the Agogo Presbyterian Hospital after nomadic herdsmen ambushed and opened fire on them.

The victims, who are members of the Operation Cowleg, are said to have been shot from behind after the security operatives responded to a distress call from a woman that her farm was being destroyed by herd of cattle.

The armed herdsmen, believed to have taken siege in the herd of cattle, then opened fire on the security operatives who had started driving the animals away.

The incident happened at about 12:30 p.m Monday.

Monday's attack on the security operatives is very rare in an area where farm owners have rather been under siege by nomadic herdsmen.

Some local farmers have lost their lives and livelihood as their lifetime farming investments are destroyed by marauding nomadic herdsmen and their cattle.

The Ashanti Regional Police command says its personnel are not intimidated by the attack but rather motivated to carry out its core mandate to protect lives and property.

Public Relations Officer, ASP Juliana Obeng tells Nhyira FM's Ohemeng Tawiah that the command would not be forced to abandon or change its operational procedures.

"There is no indication of the joint police-military team going down on their oars or relax in their operations. We have a mandatory obligation to protect life and property and that is exactly what we are doing," she said.

Deputy Ashanti Regional Commander, DCOP Fred Adu-Anim as part of his visit to Agogo on Monday to address some security issues met the police-military team as part of efforts to psyche them up.

ASP Obeng says though the attack could have some psychological effects on personnel, they are not demoralised to carry out their operations.

"Yes we didn't expect it [attack] to happen, but we don't expect that it is going to take away the focus of the team away. The personnel are focused and resolute," she explained.

The operations of the police-military team were strengthened after a Joy News Hotline Documentary titled, "Violent Shepherds", threw light on fatalities involving herdsmen-farmer clashes in  Agogo, Kwahu, Kintampo and Berekum, respectively in the Ashanti, Eastern and Bono Ahafo regions.

The attack on Monday comes less than a week after traditional authorities in Agogo issued the herdsmen with a one-week ultimatum to evacuate their cattle from the area.

The herdsmen until now, had accused the police-military team of killing about 200 cattle, an allegation police dismissed, saying few of them were killed in self-defence.

Watch more in video below