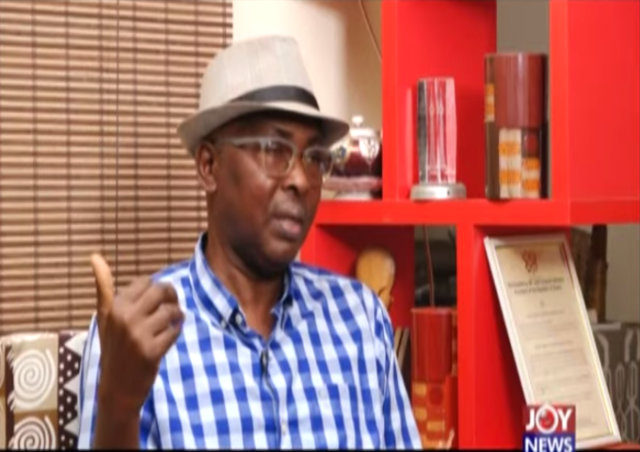 This, according to the editor of the Accra Dail Mail, is because the record of his government rivals the era of former President Jerry John Rawlings’ dark days.

In a recent interview on Upfront on JoyNews TV, Alhaji Haruna Attah noted, the attacks on journalist “were things I didn’t expect would happen but I knew would happen.”

“Why did Ayawaso West Wuogon happen? How come those thugs were to free their colleagues in Kumasi and the Attorney-General entered a case of nolle prosequi? The combination of all these things is big; so the record for me is not a glowing one,” the former Ambassador to Namibia lamented.

According to him, the deteriorating media freedom is evident with the closure of pro-opposition media houses -Radio Gold and XYZ- as well as the arrest of the ModernGhana employees.

He believes a government should err more on the side of media protection than punishing it.

“Even if they [media houses] erred, they were providing a service which was not performed by many others…you close them down, you are denying some people alternative information,” he told the host Raymond Acquah.

Mr Haruna Attah is shocked at the loud silence of the Presidency after Prophet Owusu Bempah whom he said is President Akufo-Addo’s spiritual guru, attacked Radio XYZ.

He assessed, the various government’s performance when it comes to media freedom and ease of practising journalism in the country.

Media freedom and Presidency through the lens of Haruna Attah

“For someone like me I still marvel that I got away with a lot of things under the Rawlings’ regime because I ran a weekly ‘Taking Issue’ column in the ‘Statesmen’ where I was always taking on his regime.

“Apart from them [government] sending me to Nsawam Prison on contempt charges, by and large, I got away with a lot,” he recounted.

“His body language was media-friendly and he preferred to err on the side of media freedom than chastising the media. The Gissele Yazji episode might have been terrible. No head of state could have slept over that but he went through it and no journalist was jailed or beaten,” he observed.

According to him, although he experienced death threats under that regime, he did not blame that on the institutions of the state.

Golden era of Journalism in Ghana

“There was not much intimidation even though there were occasional explosions, in general, the body language of the three first gentlemen was one of friendliness,” he said.

The Mahama appointee described the incident of former president Mahama’s aide, Stan Dogbe, smashing a reporter’s recorder as one of the many ‘lone-wolf’ attacks.

Mr Haruna Attah said giving credit to President Akufo-Addo, then Attorney-General in the Kufuor regime, for the repeal of the criminal libel law is somehow erroneous because the buck stops with the president.

“Ministers do not decide for the president. It is the president who decides and takes certain initiatives, so if Mr Kufour didn’t agree to it there was no way it would have worked. He was approachable so we had the chance to interact with him and we saw where his mindset was,” he recounted.

The veteran journalist said he is the wrong person to evaluate the Presidency of Akufo-Addo for a simple reason.

“I didn’t vote for him and I didn’t expect much of him so my fears seem to be confirmed over and over,” he said.

Mr Haruna Attah, who was the editor of the Statesman says, he feared the publisher’s [Akufo-Addo] “intolerant leadership” because he knew and could tell he had a streak of intolerance.

“The intolerance I knew would affect his relationships with a lot of things, whether it was the relationship with people in so-called opposition, media or people he dislikes,” he said.

The 70-year-old believes, with a lot of pressure and criticism of stifling media, the President may “sit up” and be forced to do the right things.