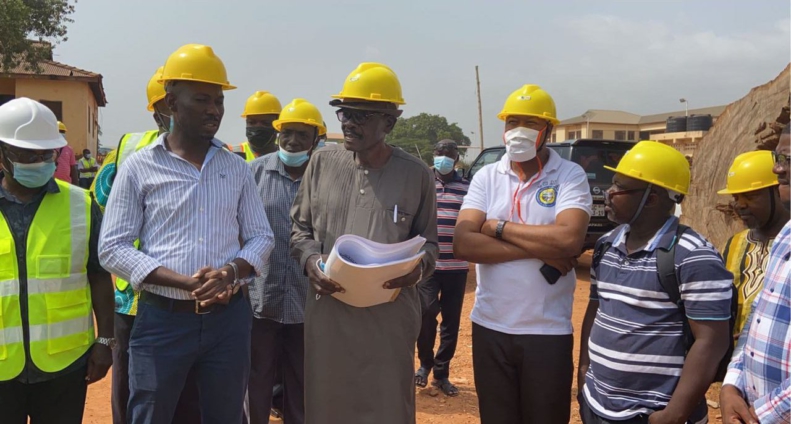 Residents within the Ayawaso Central Municipality have been advised to take sanitation around their homes, offices and shops as their responsibility as the Assembly prepares to implement its sanitation by-laws from February 1.

Municipal Chief Executive (MCE) Mohammed Quaye said this during a sensitisation campaign at various locations under his jurisdiction ahead of the launch of the ‘Operation Clean Your Frontage’ initiative on February 1, 2022.

The MCE engaged residents within the Kwame Nkrumah circle, Kokomlemle, Alajo and Kotobabi, on the need to maintain a clean and healthy environment without being forced to do so.

“Keeping your surroundings clean must come to you naturally; it shouldn’t be a matter of compulsion. Unfortunately, however, it has become necessary to apply the law since we as a people have failed to do this on our own.”

The ‘Operation Clean Your Frontage’ initiative aims to enforce sanitation regulation within the Greater Accra region as part of the ‘Make Greater Accra Work’ programme being championed by the Regional Coordinating Council.

Alhaji Quaye explained that residents who have their shops close to drains owe it a responsibility to clean the gutters regularly the same way they sweep their shops and rooms daily.

He warned residents with properties situated less than four feet from the gutter to shift back to allow the mandatory pedestrian walkway as prescribed by the Municipal by-law. In the same vein, persons close to the banks of the Odaw river are also being cautioned to move away.

Some residents expressed concern about the high volume of solid waste, mainly plastic waste, which does not originate from them but is disposed into drains only to accumulate in front of their shops.

This, they stated, only puts a cost burden on them because they paid for its collection and called on the Assembly to severely punish persons who indulge in such unsanitary behaviour.

The MCE assured them of the Assembly’s commitment to booking all who fall foul of the by-laws on sanitation.

He added, “you don’t need to wait for the official launch to observe good sanitation practices. The way you bathe your body every day, is the same way you must keep your surroundings clean”.