Barker-Vormawor can hardly sustain feeding of suspects in custody for more than a day - Police - MyJoyOnline.com 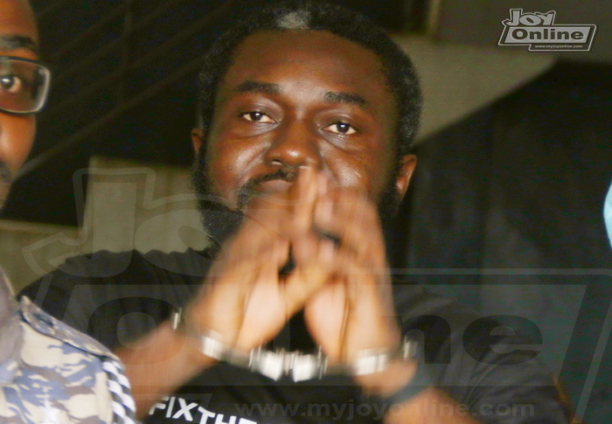 The Tema Regional Police Command has stated that #FixTheCountry convener, Oliver Barker-Vormawor’s decision to donate food items to suspects in custody in the Ashiaman Station, is an antic to court public attention.

According to the Police, this is because even if the convener succeeded in donating the said items, it would be a nine-day wonder.

“We are left to wonder what the motives of Mr. Vormawor actually are, since the feeding of suspects in custody is hardly an enterprise he can sustain even for more than a day,” the Police in a press statement signed by Head of Public Affairs in Tema, Chief Inspector Stella Dede Dzakpasu, said.

The Police. however, did not state exactly what would prevent the convener from continuing the said initiative once he commences.

The Service made the comment while explaining why Mr. Barker-Vormawor was prevented from making the said donation.

Mr. Barker-Vormawor, while speaking to the press on Sunday afternoon, said he was denied the opportunity because of an ‘order from above’.

“Now the Police have informed us, informally, because we have not yet made the presentation, that if we make the presentation they won’t give it out. All we know is that visiting hours are between 4 to 6 pm, so we are waiting till 4 to 6 pm so that if we present it and they refuse it, then we go home,” he added.

But in its statement, the Police noted that the donation was against Police Standard Operating Procedure (SoP), therefore, the convener was advised to refrain from carrying out the said action.

“However, due to our cultural sensitivities and arrangements, families of suspects are usually allowed to provide food to them from time to time,” it added.

The Service said Mr. Barker-Vormawor’s lawyers were provided with this information who communicated same to the convener.

However, “in spite of the notice given him, he showed up at the Police Station in the company of some other individuals and a musical band with the obvious intention still, of making the donation and creating unnecessary drama,” the Police added.

The Police further noted it neither accepted the donation nor later called the convener to come back for the food provided as claimed by Mr. Barker-Vormawor.

The Police Command therefore urged the public “to disregard his antics which are obviously calculated just to court public attention.”

For the Police, its personnel cannot be complacent in protecting suspects because they “are held accountable for whatever happens to persons in our custody.”

“In line with our processes, food items brought to suspects in custody are subjected to stringent safety and security protocols before being accepted and given for consumption,” the Police said.