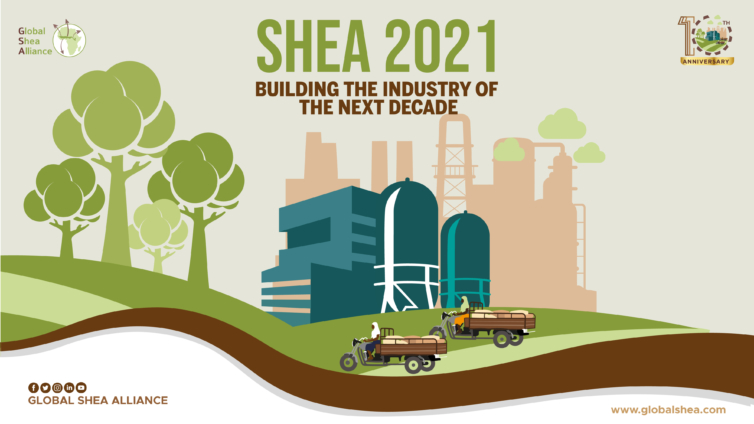 Vice President Dr Mahamudu Bawumia, has launched the Parkland Restoration Fund (PRF) as part of ongoing efforts to ensure the shea industry continues to play its integral part in the lives of the people across 21 African countries, stretching from Senegal to South Sudan.

The PRF is expected to raise $65.5 million from public and private sources to implement the Action for Shea Parklands – an initiative to grow 10 million shea trees and protect 4 million hectares of shea parklands.

The virtual launch of the Parkland Restoration Fund was performed at the opening ceremony of the 2021 International Shea Conference and Global Shea Alliance’s 10th Anniversary celebrations held last Tuesday.

Recalling the very important economic and cultural roles played by the shea tree in the lives of the people of Africa and the world, particularly in rural areas, Vice President Bawumia expressed worry about the cutting down of shea trees and destruction of shea parklands.

He noted that “I am informed by industry experts that shea is a big sequester of carbon; saving the ecosystem in the environment where they grow”.

“Despite this important role, it is sad to see trees cut down for various reasons such as charcoal for household fuel. Shea trees take at least 20 years to mature.”

He continued, “Cutting down one shea tree means destroying many years of work done.”

He entreated the Global Shea Alliance to continue engaging stakeholders including government regulatory authorities, local chiefs, land owners, women collectors, communities and private sector to strive and achieve the objectives of the Action for Shea Parkland.

The Global Shea Alliance, a non-profit industry association, has members across more than 30 countries who contribute, since its establishment 10 years ago, to sustaining the shea industry.