Beatrice Adu writes: Losing half of my heart - MyJoyOnline.com

Beatrice Adu writes: Losing half of my heart 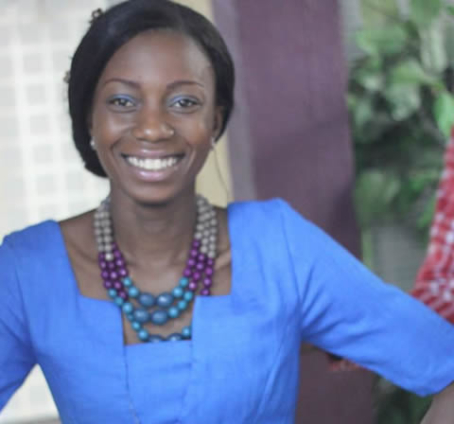 Big disappointments can have the same effect as bombs have on buildings. They blow them off leaving a skeletal structure and a smoke of dust, powdering onlookers as they struggle to see through the dusty fog.

That’s the kind of image I can conjure to fit that popular saying that life is hard.

They also means, life is full of disappointments because some terrible events that bombard your heart – the fountain of your motivation – so badly that you walk around with just half of it let inside you.

Some people may contemplate suicide because the heart is tired of the pain and the loss and is afraid to believe again.

See, I got employed in a thriving oil and gas industry a year ago after paying for an expensive training in Ghana's growing oil and gas sector. But I have no idea what was about to happen. I kept getting sick and sick until my company couldn’t take it anymore so they had to lay me off. Oops. I never expected that. Who goes for check up before choosing to pursue a career. I was told I couldn't work in the technical aspects of this fiancialy rewarding sector. All those monies – flashed down the drain. A story a friend recounted to me.

She lost half of her heart

Just around that same period my sister had her marriage break, she said. She and her husband had really been going through tough times. The least I expected in that period was to have this other bad news. Situations kept going bad and it seemed the morning would never come.  I gave up on hope. It wasn’t the last thing I wanted to hold on to.

She lost half of her heart.

But in that disappointment came the seed of strength and a better me. It’s interesting how we think we lose it all and all of a sudden the sun just appears and the darkness begins to fade away.

Anthony is a very good friend. We’ve been friends since childhood in our neighbourhood at Cantoments in Accra. And if you know the place, it’s kind of a posh one, yeah per our standard. We lived good lives with our rich parents. We got most of the things we wanted as children and so not getting all we thought were due us in our adult lives meant a big headache and disappointment.

Anthony had always dreamt of becoming the best bank manager ever. At the age of 30, he had his dream job. Few months into the job, he had a long time friend making a request for him to give him a job. Well, ‘why won’t  I do that?’ he asked himself. ‘After all, Kwame has always been an honest man. I would love to work with him’. He said again to himself.

Kwame’s probation of six months was over but he had a big plan. He approached Anthony to get him some huge sums of money. Tony as I love to call him freely became the guarantor for the money Kwame took from the bank.

Kwame fled with the money. He lost half of his heart. That was the end of the relationship with Kwame. Anthony lost his life savings, job and livelihood. It took quite a while for him to know that that downfall was not the end of his life. Graciously, he’s back on his feet after almost ten years of struggling and keeping hope alive when indeed hope was gone.

With the help of the Police, Kwame has been arrested and is serving his jail term.

Sometimes I wonder why I’ve had to see these and go through the issues I’m sharing with you. I’ve heard someone say that the things we go through may not necessarily be for us but for others. What am I saying? Probably you need to hear this to know that those insurmountable challenges as you call them are not unique or peculiar to you.

Listen, I got a new job with a better position after five years of going through what I had to. But I tell you. There’s no way I would have been here if I had kept crying over that spilt milk; if I had closed the doors of opportunities in front of me in disappointment and self pity.

I must admit that with these challenges that I’ve experienced, I thought I would lose the passion and the strength to hold my dream. But I overcame them. Yes, during that time I knew I was losing a part of me….as it were it felt like losing half of my heart because I couldn’t hold on to a thing. But I can smile now. And that is why I have the audacity to tell you that you have no right to say you’re leaving that dream because you’ve been through so much up and downs.

Loss will continue to be a common denominator of our lives. But you will need an uncommon determination of picking up the broken pieces of motivation to reconstruct the losses your heart will suffer.