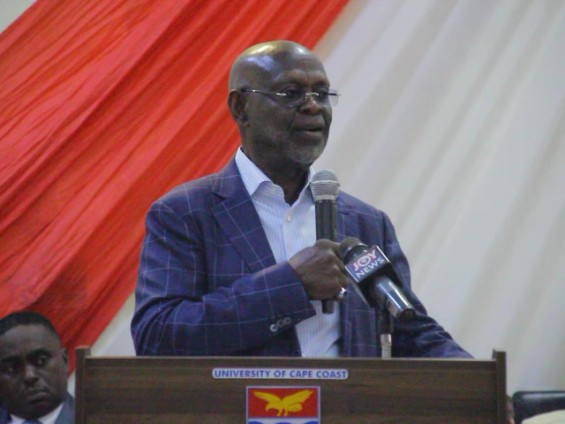 A former Finance Minister says government suppressing and silencing critical voices who are capable of contributing to the country’s socio-economic growth discourse, accounts for the current economic woes.

According to Prof. Kwesi Botchwey, the voices of experts have been tagged so that such people are unable to participate in the country’s economic governance.

Speaking to JoyNews on the sidelines of the launch of the University of Cape Coast School of Economics Development Fund, Prof Botchwey said he would have handled matters differently if he were in charge of the country’s finances and not foisting policies like e-levy on the masses who are already suffering.

He admonished government to shun its arrogant posture, cut its expenditure and, more importantly, deal with the wastage that continues to deplete the country’s resources.

He recounted some difficulties he faced when he was Finance Minister and the pushback he suffered when they wanted to introduce VAT.

Prof Botchwey said he had to withdraw it and waited until people were better prepared and understood the essence of the tax before VAT was re-introduced.

“I knew that, as a country, we were going to have a Value Added Tax (VAT), but I withdrew it and made sure that the sales tax was vigorously implemented. So, in politics, we just don’t run things down people’s throats, especially where the majority in Parliament is so thin,” he stated.

But Prof. Botchwey stated that unless the arrogance and the pretence that only a group of people can resolve everything are discarded, the country will go nowhere.

“I think it’s not good for the country that everything should be seen in party political colours. I think there’s a good deal to be said about lowering the temperature in the country. There should be a show of some humility.”

He further said it’s aggravating when people are constantly faced with some arrogant dismissal of everything being said, depending upon who is saying it.

According to him, such a posture doesn’t make any sense and should be discarded.

“We need to bridge this gap and create an environment where sensible debates can be held. Especially when the lines are so thin in Parliament, you don’t say, ‘We are in power, we will do it whether you like it or not.”

It is time to show humility, shun arrogance because the numbers don’t show that we are doing great,” he added.

He wants space to be created so decent and sensible conversation can be had.

There’s absolutely no point in juggling with figures, reclassifying numbers below the line and above the line, and all that to create the erroneous impression that things are well.

He stated, “Some concerns have been expressed about the e-levy, for instance, about its regressivity, and it’s important that those concerns are addressed in the interest of all of us.”

The former Finance Minister further suggested that instead of the government imposing more taxes on the people, it’s more important to plug the loopholes in the implementation of the existing regulations and taxes.

He said the Auditor-General has spoken about the colossal losses the country keeps recording, and it would be very significant for the people to learn that efforts are being made to deal with government expenditures.

“This is to assure people that government is sensitive. Let’s not zero in on the e-levy alone. The most important thing happening in the country right now is that the public debt is unsustainable. We need to restore our credibility in the market so that we can access it when we need to, “he averred.