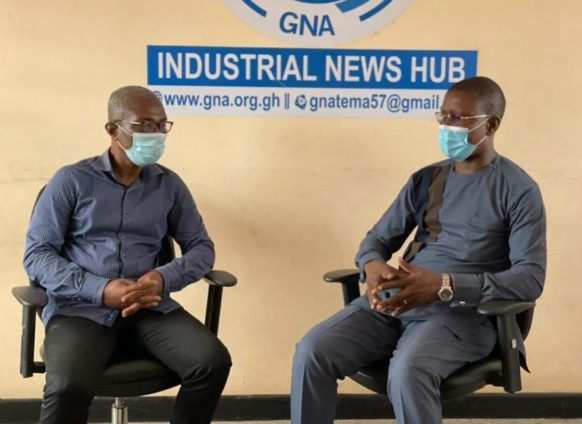 The Tema East Constituency MP, Isaac Ashai-Odameten has described as an act of carelessness the existence of ‘Blue Kiosks’ to wit alcoholic drinking spots within lorry stations across the country.

Speaking at the weekly road safety campaign initiated by the Tema Regional Office of the Ghana News Agency, the Tema East MP noted that many of the road crushes in the country could be attributed to human errors due to drunk-driving.

Mr Ashai-Odameten said the state actors in the transport sector should put in stringent measures to curb some preventable road carnages, mentioning that there were some commercial vehicle stations where people built drinking spots also known as blue kiosks for which citizens including drivers patronized.

“What is drinking sport doing at a lorry station? Who are we expecting to patronise it, if not drivers and their mates?” he quizzed.

The Tema East MP who is a former Tema Metropolitan Chief Executive Officer stated that such activities should be banned for drivers not to be tempted to drink and drive, noting that road carnages were killing many Ghanaians’ saying most of the road accidents could also be linked to human errors.

He called on roads engineers within the various Metropolitan Municipal and District Assemblies to render professional services when working on the roads to save lives and property.

Tema Regional Manager, Francis Ameyibor Ghana News Agency on his part said the stakeholder’s engagement was to provide a platform to key state players to educate the public on road safety and related issues.

He revealed that the Ghana News Agency was the pacesetter for credible and accurate news reportage and would not compromise on that feat hence the need for the Tema Regional Office to generate first-hand news on road safety for the consumption of the public.