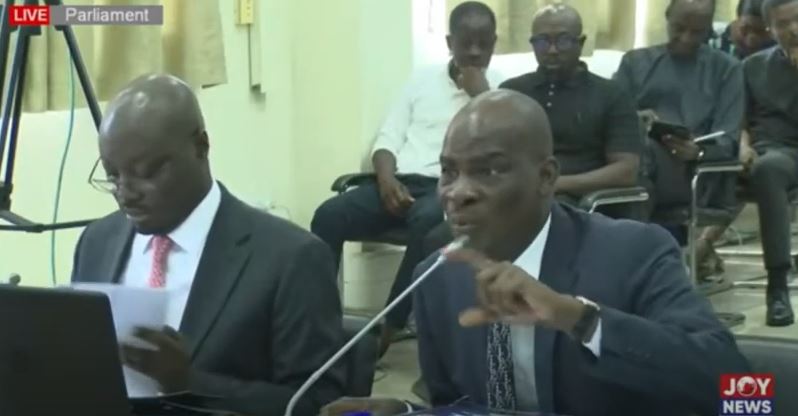 Minority Leader, Haruna Iddrisu has said that the Bank of Ghana (BoG) has exceeded its emergency financing support to government.

He made these remarks before the 8-member Adhoc Committee on Tuesday while submitting evidence to back the censure motion against the Finance Minister, Ken Ofori-Atta.

He, however, did not provide the exact figures by which the BoG has exceeded the support.

He added that the overspending also contributes to the high inflation rate in the country.

The Tamale South MP further lamented the depreciation of the cedi.

According to him, the depreciation has affected “even market women and so they cannot trade effectively.”

As a result, he stated that the Finance Minister should be held responsible.

In a related development, the Deputy Ranking Member on the Finance Committee, Isaac Adongo claimed that the government has borrowed more than 70 billion Ghana cedis illegally from the Central Bank which he says is a contributory factor to the cedi’s abysmal performance.

He noted that there are strict rules on how the Government of Ghana can borrow from the Bank of Ghana, adding that due to these rules, the “Bank of Ghana should not have lent more than five percent of the previous revenue cumulatively to the government.”

“Dr. Addison has been financing government and paying maturing debt obligations on the domestic market that the government cannot fund. We are currently looking at something in excess of 70billion dollars of illegal borrowing by Government of Ghana through the Bank of Ghana.”

He said that the consistent increase in policy rate is because of Dr. Addison’s attempt to recover those GH₵70 billion to the banking sector and back to the Bank of Ghana.

For this reason, he called on the Governor of the Bank of Governor, Ernest Addison to resign.

But the BoG in a release in a response issued on Friday, November 11, 2022 stated that Mr Adongo provided “false data and made unfounded allegations and said the “allegations [were] aimed at impugning the hard-won credibility of the Bank of Ghana and its Management.”

DISCLAIMER: The Views, Comments, Opinions, Contributions and Statements made by Readers and Contributors on this platform do not necessarily represent the views or policy of Multimedia Group Limited.
Tags:
BoG
Haruna Iddrisu