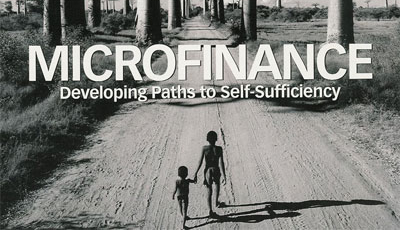 The Bank of Ghana (BoG) says it will not allow Microfinance Institutions (MFIs) to promise unsustainable interest rates on deposits of their customers. It also warned that it would move to close down unlicensed ones.

Mr. Raymond Amanfu, Head, Other Financial Institutions Supervision Department of the Central Bank, told journalists at a press briefing that, the proliferation of unlicensed institutions and fun clubs, promising unsustainable rates of between 30 per cent and 55 per cent every two months (330 per cent per annum) was worrying.

Such institutions collapse in no time, creating the impression that the Bank of Ghana had placed moratoriums on their operations when they had not.

He said most of these institutions could be found in the Brong Ahafo, Western, Upper East, And Upper West regions.

He explained that the base rates of government securities, which were risk free and paid interest rates of about 24/25 per cent per annum; the rates promised by these companies, even if covering the risks associated with them, were not sustainable, especially over two-month periods.

Mr. Amanfu maintained that some of these were “Ponzi schemes”, where the operators used increasingly higher interest rates to mobilise more deposits to pay their depositors.

“Although interest rates are not regulated, the Bank of Ghana would not allow MFIs to pay or charge unsustainable interest. We shall act promptly to deal with such situations” he stated, adding that, any rate above 30/32 per cent given by any Microfinance Institution per annum is a bit on the high side and they will have to prove to the BoG how they get the money to pay such rates.

He also stressed that, the bank was collaborating with the Financial Intelligence Centre and Security Agencies to track down, arrest and prosecute Directors, Shareholders and Management of unlicensed institutions, and may also include Media houses that advertised these illegal institutions for abetment of crime.

“Henceforth the Bank of Ghana shall close any illegal institutions reported to be taking deposits, with the support of security agencies.”

“The general public is cautioned not to transact any business with them as they do so at their own risk,” the Bank said in a statement.

Other challenges facing the industry included poor loan recovery, resulting from the granting of credit to customers without proper credit appraisals, security and in amounts higher than prudential limits in a quest to increase income or profits.

This he said had affected liquidity due to high non-performing loans. Some MFIs had also embarked on branch expansions without adequate capital, thus putting customers’ deposits at risk, while some have voluntarily closed and/or are facing serious liquidity challenges.

Moreover, weak corporate governance structures and inexperienced management had resulted in weak management oversight, with its attendant mismanagement and fraud. Some shareholders, Directors and management of some MFIs continue to engage in insider lending and exposing themselves to third party transactions contrary to provisions of the banking act, with such related exposures, usually not repaid and interest understated.

Mr. Amanfu said the Bank will set up help desks at each of its regional offices across the country to help quickly address issues relating to the Microfinance Institutions, especially unlicensed ones.

Mr. Amanfu conceded however that, some of the MFIs were performing very well. Total assets of the sector was GH¢1,290.1 as at June 30, 2015, which accounted for about 1.7 per cent of total assets in the banking industry. Loans and advances accounted for 45.5per cent or GH¢587 million, which is deployed to various sectors of the economy while 7.7 per cent or GH¢99.3 million is invested in government securities.

“With this modest growth levels, MFIs have a role to play in bringing banking to the doorsteps of our populace and promote financial inclusion. I therefore urge you, as the media, to also highlight the good work of the industry,” he stated.