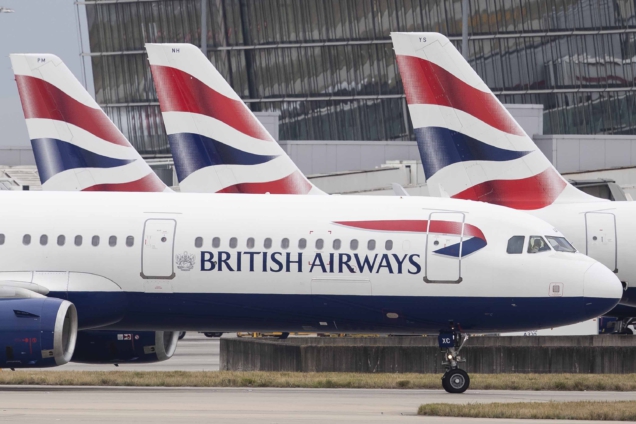 British Airways has cancelled all short-haul flights from Heathrow Airport until midday on Saturday.

BA apologised for the cancellations, caused by ongoing technical issues.

Long-haul flights are still operating but customers may experience some delays, the company warned. Passengers travelling from Gatwick or London City Airport could also be delayed.

BA warned it “anticipated further disruption during the day” due to the hardware issue.

The problem is not due to a cyberattack, the airline said.

Anyone due to travel later was advised to check their flight status before travelling to the airport.

BA said it knew it had “let customers down” and would do everything it could “to make this up to them”.

“But for now our focus is on getting as many customers and flights away as we can,” the company added.

It is giving customers on cancelled services the option of getting a full refund. Due to flying on short-haul services from Heathrow on Saturday, passengers can also choose to rebook for a later date, for free. BA said it would be contacting customers “proactively”.

The major outage has also caused pile-ups of luggage and some customers have been stuck on planes after landing at Heathrow.

Heathrow said it was working with BA to resolve the issue, which started on Friday.

BA’s website and app were inaccessible for several hours on Friday, leaving customers unable to book flights or check-in online.

The latest problems come after BA apologised for “letting people down” last week when storms caused delays to unloading and loading luggage.

Customers have spoken about their frustration at the latest issue.

Ed Hall, 54, a television executive from Woodstock in Oxfordshire, said he was stuck on a plane for more than an hour after landing at London Heathrow from Brussels on Friday.

He told the PA News agency the delay was because the crew could not access any IT systems to get a stand where passengers could depart the aircraft.

There had also been issues before his BA flight took off.

“We couldn’t take off as the pilot’s system that calculates weight, loads and distribution went offline and we had to go back to the gate from the runway to get a (manual) copy sent from London,” he said.

“BA is running on paper.”