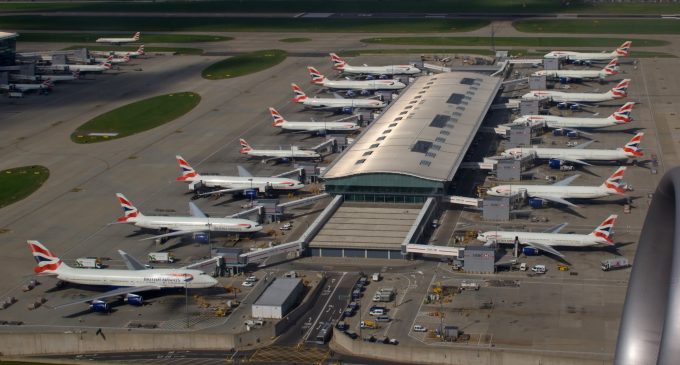 Passengers travelling from Accra to London should expect to land at London Gatwick airport instead of Heathrow effective end of October.

Passengers departing London for Accra must also originate their travel from Gatwick.

This follows British Airways’ resolve to move the London-Accra-London flights from Heathrow to Gatwick at the end of October 2021, despite suspending the change in airport for the Ghana market a few weeks ago.

The change in airport has already been effected on the airline’s online booking system.

“Last December you would have received an email advising you that your Accra booking had moved from Heathrow to London Gatwick. Due to operational reasons, our Accra services will now revert to departing /arriving from London Heathrow until end of October. We apologise for any disruption or confusion this may cause,” the circular noted.

About a month ago, British Airways announced that effective March 28, 2021, its London-Accra-London flights will operate out of Gatwick Airport instead of Heathrow.

The Aviation Ministry, which was not notified of the decision, then called for a meeting with the airline to discuss the issue and to make clear their decision to object to such a change coming on the back of what the Ministry described as similar unilateral decisions taken by the airline in the past which were unfavourable to Ghanaian passengers.

The Aviation Ministry in a press release issued on Tuesday, Jan 19, 2021, said, “The Ministry in a letter to the BA Authorities, rejected the changes and categorically informed British Airways that ‘for the avoidance  of doubt, we are unable to accept the change in the London-Accra-London flights originating from Gatwick Airport.’”

Ghana’s Aviation Ministry on January 20, 2021, received a letter from BA dated January 14 seeking to explain the rationale behind the business decision.

However, the Ministry of Aviation rejected the explanation and demanded BA reverses the decision. BA then temporarily suspended the switch from Heathrow to Gatwick in March.

DISCLAIMER: The Views, Comments, Opinions, Contributions and Statements made by Readers and Contributors on this platform do not necessarily represent the views or policy of Multimedia Group Limited.
Tags:
British Airways
Gatwick Airport
Heathrow Airport