Budget for Ministry of Tourism was never enough – Dzifa Gomashie 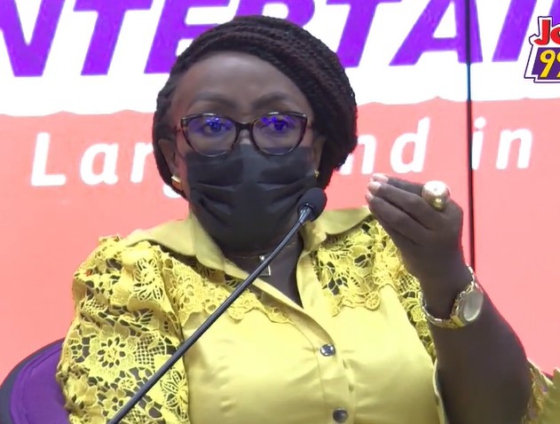 Former Deputy Minister for Tourism, Dzifa Gomashie has stated that one of the problems she encountered while in Office is inadequate funding for operations of the Ministry.

According to the  MP for Ketu South Constituency, this is unfair to a Ministry government keeps touting as one with potential to attract Foreign Direct Investments into the country.

“If you know that tourism is your second earner, third earner or fourth earner . Shouldn’t you be interested in making that or putting things in place so that it can be an asset for Foreign Direct investments that you want—That was a problem for me, Our budget was never enough.

Ms Gomashie stated that collectively as a Nation, there is a need to reconsider how much is invested in the sector because of its massive potential, “so that when we are budgeting for it, we don’t put it at the bottom and after we have shared everything then we consider how much’ to give the Ministry.

She However said “there is still opportunity to do that.”

JoyNews/AdomNews · Budget for Ministry of Tourism was never enogh

The Former Deputy Minister was hopeful the Tourism Industry, post-Covid-19, “will grow faster” because people are willing to travel from across the Globe, “to see Ghana.”

She advised that for this candle of hope to be kept ablaze, Ghana must invest in Cultural products to reap the profits thereof.

Touching on the subject of her inability to leave a legacy as a Deputy Minister, Ms Gomashie explained that, “the Ministry was new, and could not operate in a vacuum.”

According to her, “there has to be a legal backing that determines how far you can go in everything” yet the Ministry she headed lacked that opportunity, making it hard for her outfit to know how far they could go and to what extent.

“To be assessing the Ministry’s work, you can’t just jump into the middle of it and expect to see the end.

“Creative Arts was functioning but it was the child of every mother who was available, anybody who was willing to listen to us, they became our mother.

“Over the years we were with one person or the other, one mother took us a little bit and passed us on to somebody else.”

She disclosed that it was later on, getting to the end of her tenure that Former President John Mahama mandated her outfit to look into “all the Laws that allowed us as creative artists to function” in the then new Ministry that had been formed.

“That is not a day’s job, its not six months job,” she stated.