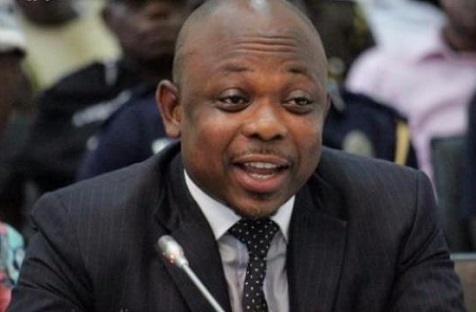 The Minority in Parliament has filed a private members motion, asking the House to constitute a bi-partisan committee to probe the alleged involvement of police officers in recent bullion van robberies across the country.

The two police officers were shot dead in the company of the police whilst leading them to apprehend their accomplices.

According to the Minority details provided by the Police Service so far do not add up.

In an interview with JoyNews Kwesi Parker-Wilson, Ranking Member on the Defense and Interior Committee of Parliament, James Agalga, asked his colleagues on the other side to support the to motion ensure rouge police officers are dealt with.

“The killing of the two police officers has now resulted in a situation where the police administration would be denied of very crucial evidence in its quest to unravel the bullion van robberies in our country.”

“What makes the matter even more worrying is that the persons implicated, some of whom are now dead, are police officers. That is what makes a probe and an enquiry very compelling,” the Builsa North MP said.

On March 9, the death of the two Police officers was announced in a police statement and confirmed on Joy FM’s Super Morning Show by the Director-General of Public Affairs, DCOP Kwesi Ofori.

During a raid at Borteyman in Ashaiman to apprehend more suspects, there was an exchange of gunshots, and the two policemen, Constable Reindolph Gyimah Ansah and Corporal Stephen Kwaku Nyame were shot and were pronounced dead on arrival at the Police Hospital where they were rushed to.

Giving further clarification on how the incident happened, DCOP Kwesi Ofori explained that after preliminary investigations were conducted “we [the police] intensified our investigation, and the two policemen who were arrested assisted the police to a location near Ashiaman,” which is believed to be the hideout of the criminals.

“The criminals opened fire on the police during the raid and the police fired back. In the process, the two suspects sustained injuries and were rushed to the Police Hospital. Subsequently, “they were pronounced dead,” DCOP Kwesi Ofori said.

The police, however, were able to carry out five more arrests which involved four policemen and a civilian.

The policemen involved have been interdicted and all five were scheduled to be arraigned on Wednesday, March 9.

DISCLAIMER: The Views, Comments, Opinions, Contributions and Statements made by Readers and Contributors on this platform do not necessarily represent the views or policy of Multimedia Group Limited.
Tags:
Bullion van robberies
James Agalga