Busquets “will not make any decisions” on last World Cup 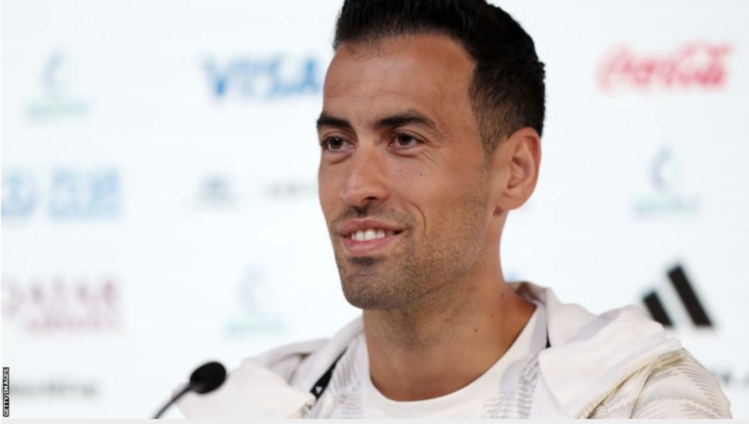 Sergio Busquets has made 139 appearances for Spain

Spain captain Sergio Busquets said he “will not make any decisions” on whether this is his final World Cup.

The Barcelona midfielder is competing in his fourth tournament after winning the trophy with Spain in 2010.

The 34-year-old also won the 2012 European Championship and is “dreaming” of winning another title in Qatar.

“I’m very happy to be here, regardless of whether it’s my second or fourth World Cup. I won’t make any decisions during or afterwards,” said Busquets.

“I am here to enjoy it, whatever happens. Obviously I am closer to this being my last World Cup.”

They have failed to win the opening match in their last three tournaments – all of which Busquets has played in – and he said it was “time to start with a victory”.

“Obviously we know it is going to be difficult, but our aim is to play seven games, fight until the end and why not win? We need to go step-by-step.

“In all of my World Cups we have not won the first game. If we win it will be really good for us to make the group a bit more relaxed after that.

“If you win this first game it is easier to progress.”

Spain left-back Jose Gaya withdrew from the squad for the tournament after suffering an ankle injury in training.

He was replaced by Barcelona Atletic teenager Alejandro Bald, but there are no other current injuries in the Spain squad.

There are also no fitness concerns for Costa Rica.

DISCLAIMER: The Views, Comments, Opinions, Contributions and Statements made by Readers and Contributors on this platform do not necessarily represent the views or policy of Multimedia Group Limited.
Tags:
La Roja
Qatar 2022 World Cup
Sergio Busquets