Butt lift surgery: ‘Why I’m getting rid of my implants’

Sophie Elise was 20 years old when she decided that she wanted a bigger bum.

The Norwegian blogger and TV personality – who describes herself as a “very skinny, petite” woman – says she just “wanted a little lift” in that area of her body.

It wasn’t hard to start researching the surgery.

Influencers all over her Instagram were promoting places and surgeons who could perform buttock augmentation and BBL – Brazilian Butt Lift – procedures.

She found somewhere in Turkey that looked “very high end”. And the price tag? Well she won’t reveal the exact figure but says it was a bargain.

“Honestly, it was way cheaper than it was supposed to be. It should have cost way more,” Sophie tells Radio 1 Newsbeat. 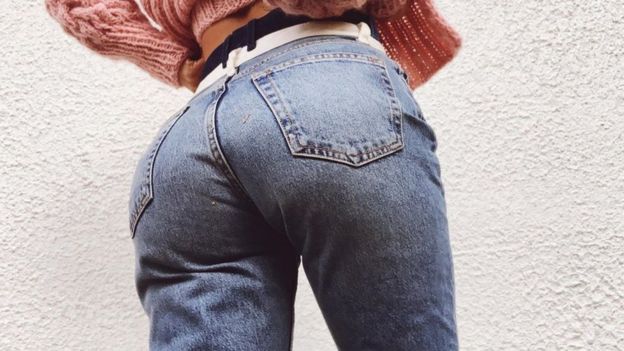 They sold me a very luxurious dream. In the package you had aftercare, they gave you a private driver, you had in-house medical assistance, the hospital itself looked very clean. Yeah, I felt like it was a great choice.”

So why, pretty much five years after having implants put into her bum, is she desperate to have those same implants removed?

The problems started when she got home.

As a “very public figure” in Norway, with two TV shows and a podcast – and nearly 500,000 Instagram followers – she says comments about the surgery immediately started rolling in.

People thought it looked unnatural, that it didn’t match the rest of her body.

“I can see now that that’s not really what I should have had. Everything was just very rushed. And I can tell now that it wasn’t completely thought through.”

The 24-year-old chose to have silicone implants rather than a BBL procedure – which is when fat is taken from parts of the body and injected into the buttocks.

Implants can be a better option for people without much fat on their body, but generally provide a larger increase in size than the BBL and can sometimes result in a less natural look, according to multiple surgeons.

Sophie says she wasn’t too worried beforehand – despite the warnings about travelling abroad for cosmetic surgery.

Bum lift surgery has received a lot of negative attention in recent years, especially following the deaths of two British women who travelled to Turkey to have BBLs done last year.

Patients “risk serious complications… and even death” by travelling abroad for cosmetic surgery, according to the British Association of Aesthetic Plastic Surgeons (Baaps).

‘They have have to sell you that fantasy’

Sophie says she was in pain following the surgery – as she expected – but it’s really now that she’s facing a “backlash” over her decisions.

She says she’s come to realise that she has “a beautiful body” and now wants to get them removed.

Sophie found a new surgeon by researching through reputable websites – rather than through people promoted by influencers on Instagram.

But there’s been a complication.

“I can’t completely take the silicone out. I have to replace it with new, smaller silicone,” she says.

“The new consultation that I’ve been to, they suspect that the silicone that I have are actually breast implants.

“Obviously, that’s not a good thing.”

She’s also re-thought the “luxury package” that came along with her surgery in Turkey.

“When you go to the doctor you’re supposed to be in and out and being taken care of by yourself.

“They shouldn’t have to sell you that fantasy of all the luxury around it.”

But at the moment she’s focused on having what’s already in there reduced to something as “small and natural-looking as it can go”.

“I don’t regret having an augmentation,” she says. “It’s just that the augmentation that was put into me wasn’t fitted for me.

“So it’s not the surgery, it’s just the amount, I guess.”

She says her biggest regret is that she “didn’t put more effort into research”.

“It’s important to be open about it so that people don’t fall into the same trap that I fell in.

“I don’t want to warn anyone not to do anything. People have to do whatever they want to do.

“But if I can help a sister or two, that would be great. And the best advice I have is do your research. Don’t rush into anything.

“And if it’s cheap, it’s probably not worth it.”

Baaps President Simon Withey has previously said that “vulnerable” patients are “openly being targeted” through social media and the internet to travel abroad for cheaper cosmetic surgery – and the trend is likely to rise.

“The outcome of having these operations away from home can be devastating. It’s not just medical history than needs evaluating, but also mental health screening, which we take very seriously at the Baaps.”

Baaps warns against “cosmetic surgery tourism” and says the “standard of care is not equivalent in every country”.