CAF CL Group Stage: 10 of 16 teams from North Africa, just one from the West - MyJoyOnline.com

CAF CL Group Stage: 10 of 16 teams from North Africa, just one from the West 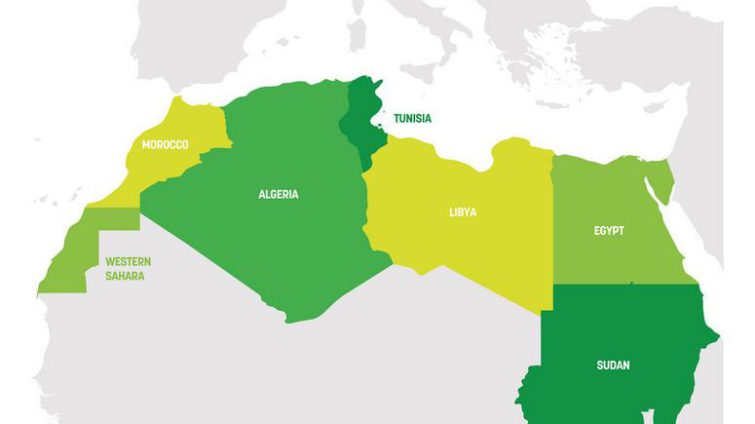 The preliminary round of the 2021/22 CAF Champions League were done this weekend and, unsurprisingly, a part of Africa will dominate the next round.

Of the 16 teams that have advanced to the so-called money zone, a whopping 10 are from the north.

Guinean champions, Horoya AC, are set to be West Africa’s only representative.

The final 16 teams for the group stage of the continental showpiece is, in keeping with trends from the last decade, widely dominated again by North Africa, led by Egypt’s Al Ahly (defending champions) and Zamalek.

Horoya sealed qualification into the group stage for the fifth consecutive time following their 2-1 win over Stade Malien on Sunday.

Sunday’s result sees the Guinean side record a 3-1 aggregate victory over their opponents having won 1-0 in the first encounter.

In other results, Jwaneng Galaxy (Botswana) shocked Tanzania heavyweights Simba SC at the Benjamin Mkapa National Stadium to earn a debut appearance in the group stage of the competition, having lost the first-leg by two goals.

In the game between Ivory Coasts’s ASEC Mimosas and CR Belouizdad of Algeria, the former ‘bottled’ a 3-1 first-leg advantage as they shipped in two unanswered goals against the opposition.

Having managed a goalless draw away from home earlier, Esperance de Tunis booked their ticket to the next stage of the competition, defeating Stade Olympique de Rades with 1-0 scoreline.

In Morocco, Ghana’s Hearts of Oak were stunned by Wydad Athletic Club, conceding six goals and ending their quest to play in the Champions League for the first time since 2008.

The 16 qualified teams for the group stage are:

The 16 eliminated teams will now head into the second round of the prelims for the Caf Confederation Cup.