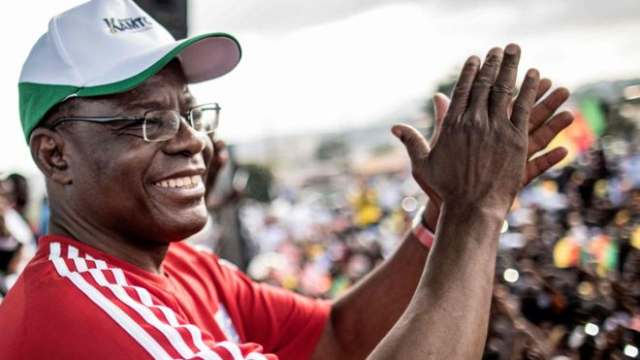 A military court in Cameroon has freed opposition leader Maurice Kamto, who had been in prison for nine months and facing charges of insurrection.

His release, along with that of dozens of his supporters, comes as President Paul Biya is aiming to strike a more conciliatory tone.

Mr Kamto was detained after organising protests in January against the result of last year’s presidential election.

The president, in power for 37 years, is trying to quell a separatist revolt.

He won a seventh term in office in polls last October. Mr Kamto, running for the Cameroon Renaissance Movement (MRC), was his nearest challenger, gaining only 14.2% of the vote.

The MRC said the election result was rigged.

The government has described the freeing of the opposition leader as a gesture of national reconciliation, the Reuters news agency reports.

This week has seen what was dubbed a “Major National Dialogue” as the president tried to bring together different sides in the three-year conflict in Cameroon’s two English-speaking provinces.

On Thursday, in what appeared to be a goodwill gesture, President Biya ordered all charges dropped against more than 300 people detained in connection with the Anglophone crisis.

But the decision failed to appease critics who say thousands more are locked up on trumped-up charges.

The National Dialogue made a number of proposals including giving more self-government to the affected North-West and South-West regions.