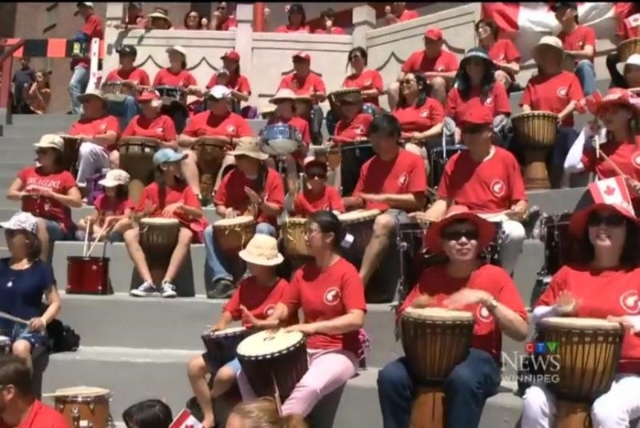 Organizers of a world record attempt for the largest group drum roll said hundreds of drummers participated in 11 Canadian cities.

Eva Luk, one of the organizers of the Canada Day event, said groups of drummers in 11 cities performed a coordinated drum roll Monday in an attempt to break the Guinness World Record for largest group drum roll in multiple venues.

She said the event was coordinated across the cities and live-streamed to ensure the drumming was performed in sync.

“They play the same time across multiple time zones,” she told CTV News.

Organisers estimated more than 1,700 people participated, but they did not yet have final numbers from the event.

The number to beat for the Guinness record was 1,683 people.