Cases of African Swine fever confirmed in the Bono region 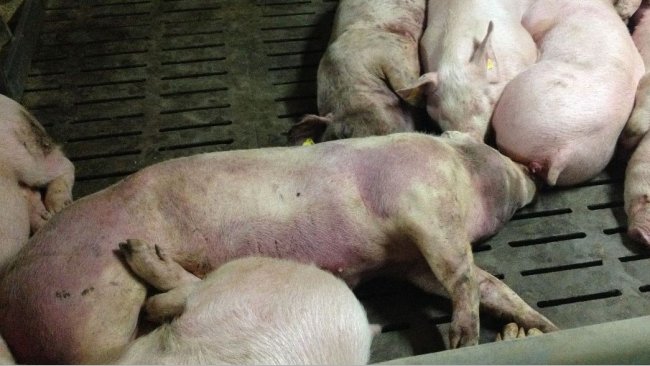 The Bono Regional Director of the Veterinary Services, Dr. Donald Joachim Darko, has confirmed that some seven farms have so far been affected with African Swine fever in the Jaman North District.

In all, about 200 pigs have been killed by the disease on the affected farms in a community known as Jankufa.

“We’ve confirmed some cases of African Swine fever in the Jaman North district of the Bono region, specifically a community known as Jankufa. So far, we’ve experienced 200 deaths of pigs and it has been curtailed. This means that it’s not spreading,” he said.

He further added that “so far, the farms affected are seven and we’ve met the stakeholders. I mean, the farmers themselves, the community leaders, Assembly members and all those involved and we explained to them what we do in the advent of outbreak such that we restrict the movement of the pig products so you won’t take over live pig or any carcass from Jankufa to any other place”.

Dr. Donald Joachim again noted that “all the pigs that died, we made sure we dug a very big hole and then buried them deeply. We’ve also taken steps to making sure that nobody moves any pig product from that area”.

He, however, urged the people to stay calm; adding that consumers of pork should eat only well-cooked pig products in order to stay safe from infections.

“The people are free and they shouldn’t be panicking or be in fear of consuming pork because this is not a viral disease and the virus cannot live beyond 70 degrees Celsius and you know if we are to eat meat, we boil it beyond 100 degrees Celsius. So the advice is, they should make sure they boil or have it well cooked and that’s it,” he added.

The authorities in the region have, therefore, declared a total ban on the movement of pigs and pig products from neighboring districts to curtail the spread of the disease.

“All the Municipal and District officers of the veterinary services have been urged to be on the look out, so that anybody moving pigs to and from, should be having a movement document duly signed by a veterinary officer otherwise, that animal cannot be moved. It would be seized and destroyed”.