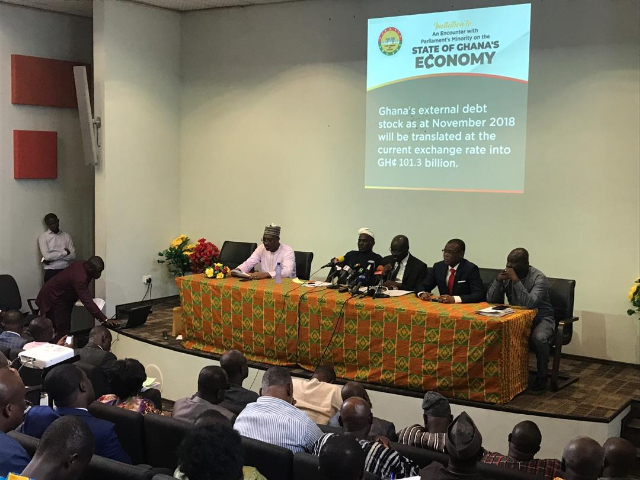 The Minority says government must admit it has failed to turn the economy around to engender investor confidence and sustain the stability of the local currency, the cedi.

According to the opposition MPs, the finance minister must, therefore, submit a new budget worthy of investor confidence to parliament.

While calling on the President and his Vice to “concede that they have failed”, Ranking Member on Parliament’s Finance Committee, Cassiel Ato Forson said, “the budget as presented by the Minister of Finance cannot be relied upon as the true blueprint upon which the economy is managed.”

Explaining this to the press Wednesday in Parliament, the NDC legislators said the budget’s “credibility and sustainability have been completely undermined by the cedi depreciation.”

This they said has thrown the economy in disarray and the projections out of gear.

Forson added confidence in the economy has been “undermined and sent the wrong signals to the investor community.”

Accusing the government of gross mismanagement and poor policy choices, the minority said the prevailing situation calls for “urgent steps to be taken by the government to restore the economic health.”

The minority further proposed that the “new budget” or “statement “must announce bold steps to address the cedi.”

The minority’s press conference comes on the back of sharp depreciation of the cedi against its major international trading currencies especially the dollar, last week.

The cedi depreciated from ¢4.9 to around ¢5.6 between February and March, sparking fears among the business community. The cedis has, however, rebounded strongly throughout this week, selling at ¢5.3 cedis to the dollar on Tuesday.