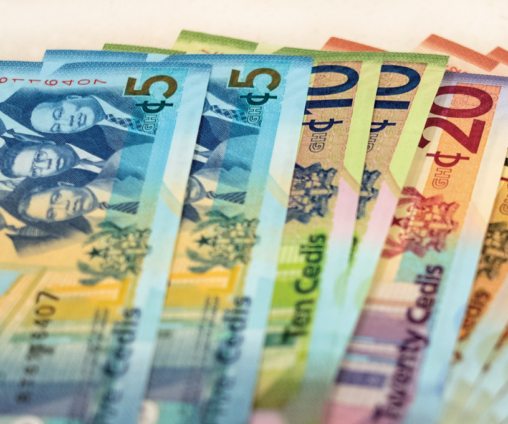 The recent improvement in the value of the Ghana cedi against the US dollar is expected to be sustained in the next couple of weeks, Lead Researcher at GCB Capital and a Currency Analyst, Courage Boti, has said.

According to him, the recent depreciation of the cedi was largely due to speculation.

“I expect that this trend could continue until we get to the ¢13 level and then that is when you will receive some sense of stability because the Bank of Ghana rate would become the floor or the lowest level. The thing really is that you don’t want to see some volatility. I guess it might fall to the interbank rate now [¢13.001] and stabilise around that level”.

However, he thinks it is difficult to predict the end-year rate of the local currency to the dollar.

Mr. Boti told Joy Business despite the cedi’s recent performance it is difficult to predict the outlook.

“I think it is quite unpredictable because we are still not out of the wounds yet. I think we are doing about 50% depreciation now and I see the cedi ending the year around that level. It shouldn’t be significantly different from the ¢13, the ¢13.5 levels by end of year as things stand.

“That’s is for me to say that there could be some more appreciation to come in the next few weeks before stability”, he stressed.

According to him, if there is a reversal in trend, it should return to ¢13.50 as things stand now.

“So if there is a reversal in trend, it should go back to 13.50 as things stand now. But I must add cautiously that the trends and market dynamics are still very uncertain and it is very difficult to pinpoint the rate the cedi would end the year.

DISCLAIMER: The Views, Comments, Opinions, Contributions and Statements made by Readers and Contributors on this platform do not necessarily represent the views or policy of Multimedia Group Limited.
Tags:
BoG
Cedi
Courage Boti
Dollar
interbank rate