Champions League quarter-finals: All you need to know - MyJoyOnline.com

Champions League quarter-finals: All you need to know 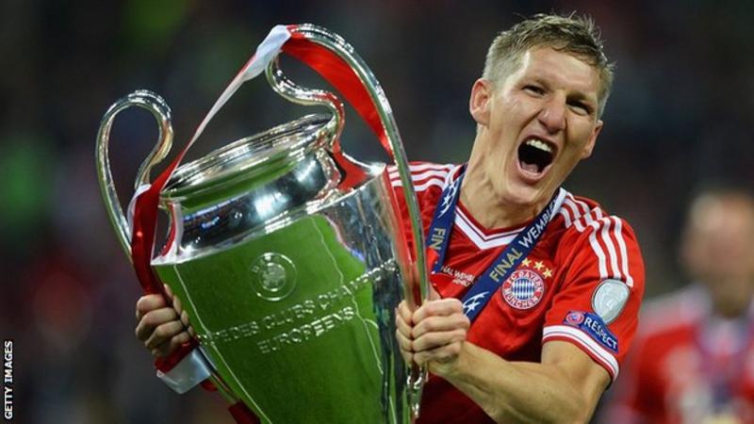 Champions League quarter-finals: All you need to know

And then there were eight.

Four hundred and 14 days after the 2019-20 Champions League season began with Feronikeli of Kosovo beating Lincoln Red Imps of Gibraltar in the preliminary qualifying round, we are down to a whirlwind knockout phase in 12 days in Lisbon to crown the new champions of Europe.

We will have a new king of Europe too – holders Liverpool were knocked out by Atletico Madrid in March – as Manchester City carry the torch for the Premier League.

But who’s left? Who are the favourites? And why is it all in Lisbon?

The Champions League – like all elite football in Europe – was suspended in March because of the Covid-19 pandemic.

Uefa decided in June that Lisbon – with the infrastructure and two stadiums required to host eight teams – would stage all remaining fixtures from the quarter-finals onwards.

All ties will be one match, rather than over two legs, and take place at either Sporting’s Estadio Jose Alvalade or Benfica’s Estadio da Luz. The latter venue will host the final, which has been moved from Istanbul.

Istanbul, originally appointed to stage the 2020 final, will now host the 2021 final.

The big two face off

There’s no shortage of quality in the eight teams left in the competition – but there is a lack of pedigree in the Champions League itself.

Only two of the remaining sides have won the European Cup, and Bayern Munich and Barcelona, both five-time winners, face each other in the pick of the quarters on Friday.

Atletico Madrid have reached the final twice in the past seven years, but a semi-final is the best campaign for Paris St-Germain, Manchester City and Lyon.

RB Leipzig had never made it past the group stage before this year, while Atalanta are in their first season in the Champions League.

Let’s look at each tie.

47.03% chance v 52.97% chance of progress according to Euro Club Index from Gracenote, a A Nielsen Company

Atalanta had a sensational Serie A season, scoring 98 goals on their way to a third-placed finish. The free-scoring side were the first club to have three players score at least 15 times in Serie A since Juventus in 1951-52 but are likely to be without top scorer Josip Ilicic through injury.

PSG were awarded a ninth league title when the French season was cancelled in April and are long overdue a proper crack at the Champions League. Kylian Mbappe is not expected to start because of an ankle injury, and Angel di Maria is suspended so Neymar will need to step up.

To continue the theme of sides missing their main goal threats, RB Leipzig will not have Timo Werner available after he signed for Chelsea for £54m.

Werner scored 34 goals in all competitions as Julian Nagelsmann’s side finished third in the Bundesliga and will be a huge loss.

Atletico’s preparations have hardly been smooth either – with forward Angel Correa and full-back Sime Vrsaljko testing positive for coronavirus at the weekend.

The pair are self-isolating at their respective homes and will not travel to Portugal. On the field Atleti finished third in La Liga and were draw specialists – sharing the points on 16 occasions.

The real blockbuster tie of the round, both sides being five-time champions and boasting some of the world’s best players.

Barca have not been at their best this season, losing La Liga to Real Madrid and seeing coach Quique Setien’s future already in question – but they do have Lionel Messi.

The 33-year-old scored another wonderful goal to help see off Napoli in the last 16 and has 31 in all competitions this season. Could he join Cristiano Ronaldo on five Champions League wins this year?

Bayern Munich have a very strong claim to be the best team in Europe this season. After a shaky start which saw them sack manager Niko Kovac last November Bayern steamrollered the opposition to win an outstanding eighth successive title.

They thrashed Chelsea 7-1 on aggregate and must be the team to beat in Lisbon.

It’s four years since City’s sole semi-final and they are red hot favourites to reach the last four again after beating Real Madrid well over two legs. Is this their best opportunity at winning the Champions League they crave so much?

Sergio Aguero is another superstar striker likely to miss out through injury but Gabriel Jesus stepped up against Real and scoring goals has not been a problem for City this season.

It is nine years since Pep Guardiola lifted the Champions League. Will the wait go on?

Lyon were disciplined, well-drilled and durable in seeing off a limp Juventus in the last 16 but they will need to find more to move past City and reach the last four for the first time in a decade.