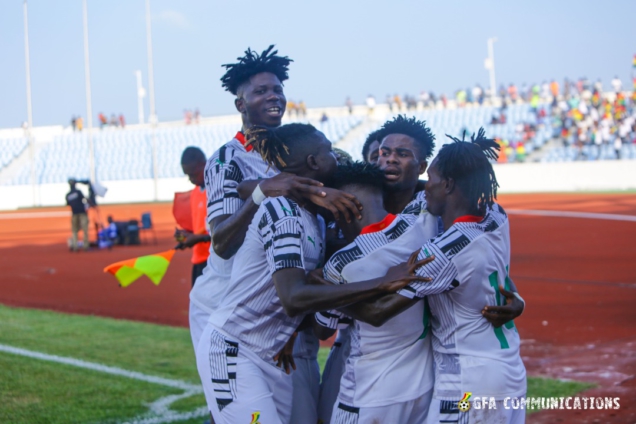 The Black Galaxies of Ghana defeated Benin 3-0 in the first leg of Round 1 of the CHAN qualification series at the Cape Coast Sports Stadium on Sunday, July 24.

Daniel Afriyie Barnieh of Ghana scored from the penalty spot to open the score after a Benin player handled Augustine Randolf’s cross in the box.

Annor Walker’s side doubled their lead through Mohammed Alhassan, who was the quickest to a failed clearance in the box by the opposition,

Gladson Awako then curled in the ball to give the Black Galaxies a 3-0 victory, giving Ghana a dominating lead.

If Ghana maintains their lead of 3-0, they will play Nigeria in the second round of the qualifiers to secure a spot in the 2023 Championship of African Nations, which will be held in Algeria.