Chief Imam to engage Muslim groups on record-keeping for congregants 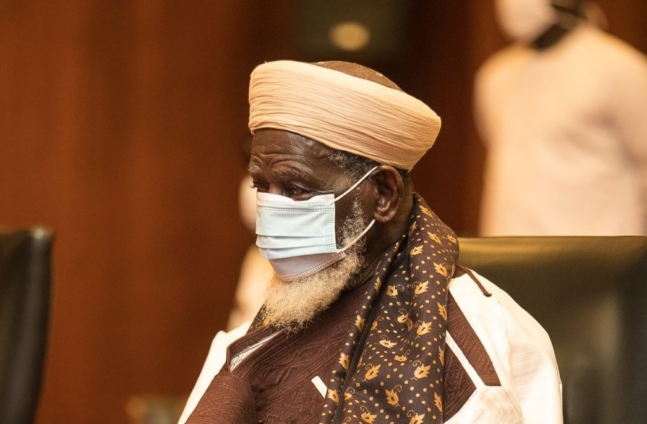 The Office of the National Chief Imam, will be meeting Muslim groups and stakeholders to discuss how to implement the record-keeping protocol for congregants who visit mosques to enable follow-ups in a possible case of Covid-19.

Alhaji Khuzaima Osman, the Personal Assistant to the National Chief Imam said the meeting would be held on Wednesday, June 3.

He said the meeting had become necessary as it had not been the norm for mosques to keep records of people who prayed there as it does not have regular members.

“So the meeting is not just to ensure the outlined guidelines are followed based on the required standard but also know who goes in and out of the mosques,” he said.

Alhaji Osman said the protocol of record-keeping is the challenge they seek to address during the meeting thus, urged Muslim leaders that while awaiting the final decision of the Chief Imam mosques should ensure they implement the other safety measures.

He also advised Muslims to adhere to the protocol of performing ablution at home before going to the mosque.

“If for any reason one will have to perform ablution upon arriving at the mosque then they should use sachet water and not the ablution kettles to contain the spread of the disease,” he said.

The new protocol of record-keeping came to bear when the President Nana Addo Dankwa Akufo-Addo on Sunday in a televised broadcast eased restrictions on religious services in the country.

The restrictions billed to commence with 25 percent attendance, and with a maximum of 100 congregants worshipping at a time in church or the mosque would begin on June 5, 2020.

Religious gatherings according to the President, are not permitted to go beyond one hour, and congregants are required to maintain a mandatory one-metre rule of social distancing, wearing a mask at all material times and keeping a register of names and contact details of all worshippers.

Also, religious institutions that are desirous of opening their premises to their members, such as churches, mosques, and others, must provide handwashing facilities, disinfect, fumigate and put in place the requisite logistics needed to guarantee safe opening and operation.

Meanwhile, the Religious Affairs Ministry on Monday outlined detailed guidelines for churches and mosques for their safe reopening.