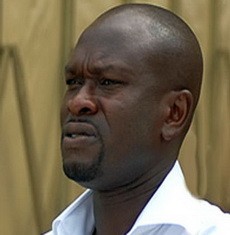 Head coach of Premier League club Accra Hearts of Oak and former Ghana Skipper Charles Kwabena Ackunnor is still the assistant coach of the National U-20 team the Black Satellites.

The confirmation comes after several reports that the Hearts coach had quit the position to concentrate on his club.

Daara told host Nathaniel Attoh that CK Ackunnor is still at post and has been tasked to work alongside former Kotoko manager and current assistant Black Stars Coach Maxwell Konadu.

“Mr Akunnor is still at post and the stories making the rounds of him quitting his post are untrue.

We at the FA are proud to have these two former internationals on board the Satellites Jaggernaut and they can only add value to what we already have,” he stated.

The appointment of Konadu was necessitated by the decision of former manager Orlando Wellington to vacate his post due to a string of poor results.

He also revealed that Ackunnor is currently in Germany on a coaching course with the full blessing of the Ghana Football Association.