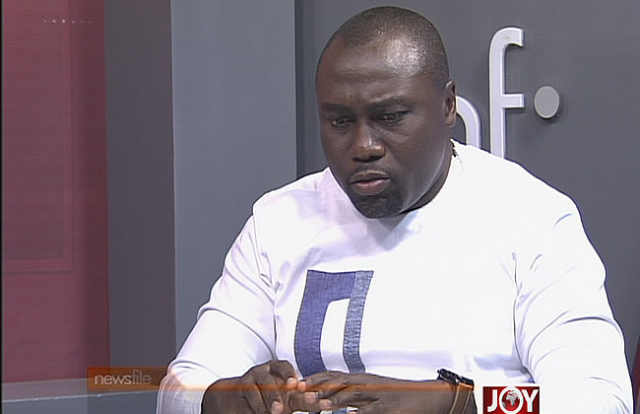 The Police CID did not apologise to former government appointees cited for receiving double pay, a member of the governing NPP’s communications team has said.

Gary Marfo Nimako said investigators at the Criminal Investigations Department of the Ghana Police Service simply called the named former officials to reschedule their appearance before the CID.

Some government appointees have been frothing with rage over allegations that they received double pay as MPs and also as Ministers.

They have accused the government of intimidation and vowed to resist attempts to use the security agencies to witch-hunt them.

Member of Parliament for North Tongu Samuel Okudzeto Ablakwa told Joy News, letters written to some members of the Minority by CID in connection with the investigations into the double salary saga were nothing more than a political witch hunt.

He said 18 out 25 letters sent to him and others had been withdrawn and apologies rendered for wrongful accusation. He said he was personally called and apologised to.

Host of Newsfile, Samson Lardy Anyenini, agreed that some of the former appointees were indeed called and informed that their scheduled appearance at the CID had been postponed.

He, however, pointed out to Gary Nimako that it was entirely possible that some others may have been apologised to.

Mr. Nimako, who is also a private legal practitioner, insisted that as far as he knew, no apologies were issued as claimed by the Minority in their various media interviews.

He said the double payments may have arisen from lack of synchronisation of the payment systems for MPs and ministers.

Whilst the Parliamentary Service pays MPs, the Controller and Accountant General’s department pays ministers and their deputies.

MPs who were appointed ministers and deputy ministers, the police believe, took their salaries both as MPs and as Ministers.

Gary Nimako said while the paying institutions can be blamed for failing to communicate, the beneficiaries had a responsibility to, when they noticed the double payment, inform say, the Parliamentary Service that they were already being paid as ministers.

He said the claims by some of those cited that they did know they received double payments cannot stand up to scrutiny.

How could they “not know that you are receiving these payments when in fact and indeed your bank account shows credits of these payments”?

Gary Nimako also alleged that some of the ex-ministers took ex gratia payments as MPs and as Ministers.

Some more investigations are underway to reconcile the figures, he noted.

Former Deputy Communications Minister, Felix Kwakye Ofosu, who was also on Newsfile, said the investigations were nothing but a diversionary tactic.

He said the police only got involved after the Minority started piling pressure on the government over the US-Ghana security cooperation agreement.

Repeating the denials of wrongdoing by the named appointees, Mr Kwakye Ofosu revealed he had seen bank statements of some of the accused “and when you look at it, there is no indication of any double payment.”

He is convinced the CID is acting under the instructions of government and “it will be hard for the CID…to find any wrongdoing against these people.”

The former deputy minister found it curious that officials of the controller and accountant general’s department “have gone unscathed after what they themselves say is a monumental error because it could only have been paid in error.”