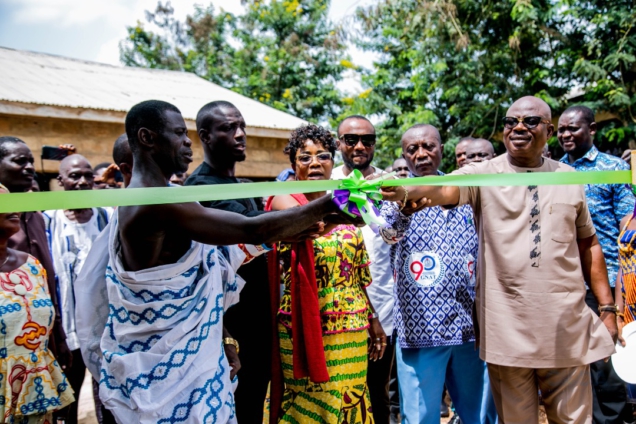 The Coastal Development Authority (CODA) under the $1 million per constituency initiative has commissioned four school projects in three constituencies in the Central Region to augment the educational projects being constructed by the government.

The Chief Executive of CODA, Jerry Ahmed Shaib in his speech explained that the projects are being funded under the Infrastructure for Poverty Eradication Programme (IPEP).

He further disclosed that there are several educational projects being constructed within the Coastal Development zone and would be commissioned soon.

He advised parents to ensure that they invest in their children’s education since that is the only way to empower them for a better future.

According to him, most developed countries such as Malaysia, Singapore, and South Korea, have come this far, in terms of development, due to their committed efforts in investing in the education sector.

The Member of Parliament for Agona West Constituency, Cynthia Mamle Morrison thanked the President for the good initiative in establishing the Development Authorities.

According to her, the Coastal Development Authority has bridged the development gap by completing several projects in the region with others ongoing.

She also showed appreciation to the chiefs and people of the communities for their support and commitment to the development agenda.

She further appealed to the teachers and authorities of the schools to manage the facilities well to encourage CODA and the government to bring more projects to their doorstep.